In Almost Sufal Sampoorna, Nachiket and Sai are forcing Ajji to expose their secret affair to Appa. Here's why we think she should do it. 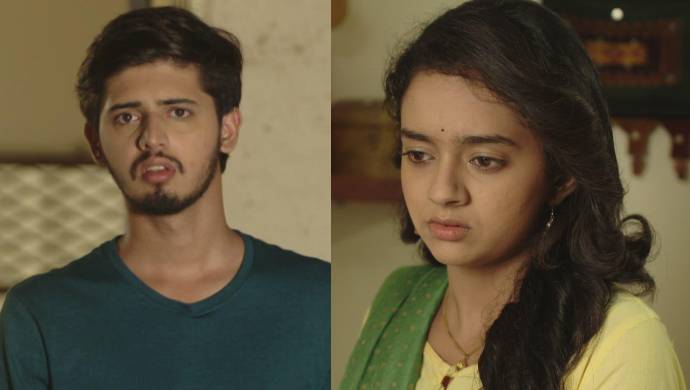 Almost Sufal Sampoorna is a Marathi family-drama, being aired on Zee Yuva. The show showcases the love-story of Nachiket, an NRI and Sai Ketkar, a simple Maharashtrian girl. They both fall in love and are intend to get married someday. However, they have to keep their relationship a secret as Sai’s gradfather Appa, is against the two’s friendship and closeness. He is an orthodox mind and is against western customs as well as foreigners. As a result, he hates Nachiket, who hails from Australia. Sai’s grandmother Ajji however backs their relationship and supports them through their ups and downs. She has even warned them several times to be careful and not take her leniency for granted. Despite this, the couple does not mind its limits and often acts irresponsibly. Ajji is worried that Sai and Nachiket might just harm their family’s’ image. We think that to teach the couple a lesson, Ajji should expose their affair to Appa.

1. Sai and Nachiket are crossing their limit repeatedly

Ajji has been warning the couple for quite some time now, to stay within their limits. She keeps telling Sai and Nachiket to not act in any way that can harm their relationship in the future. But the young couple does not listen to her and takes silly risks, that often get them into trouble. Many a times, they have come close to getting caught by Appa but have been saved by Ajji at the last moment.

2. The couple needs to be kept under control

By exposing the couple’s secret affair to Appa, Ajji will ensure that Sai and Nachiket face a punishment that they deserve. After learning about the two’s relationship, Appa is bound to come down at them harshly. This will teach them a hard lesson, for having behaved irresponsibly and taking Ajji’s niceness for granted.

3. Sai and Nachiket should start living their life freely

Another reason why Ajji should expose Sai and Nachiket’s relationship to Appa is because the secrecy is now not only beginning to get to her but also to the couple. After telling Appa about the two’s relationship, Ajji can finally get an approval from him to get the two married. This will give the couple their desired freedom and Ajji too, will feel secure about the image and reputation of her family.