Deva and Nachiket aren't afraid to take risks when it comes to impressing their lady love. All details inside! 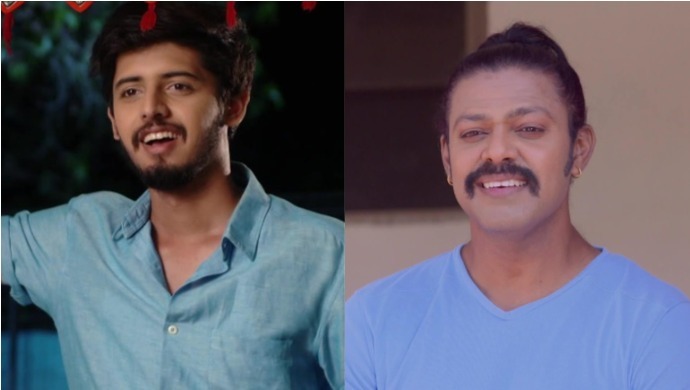 Two of the most popular shows currently airing on Zee Yuva, are Almost Sufal Sampoorna and Doctor Don. The former depicts the young couple, Nachiket and Sai’s love story, and shows how the two try to keep their affair a secret from Sai’s orthodox and strict family. The latter on the other hand, tells the story of underworld don Deva, who tries to win back his daughter’s love by getting rid of his shady past and creating a clean image of himself by enrolling in a medical college. Deva eventually falls in love with Monica, who is the dean of the college. It’s funny to see how Deva tries every trick in the book to impress his beloved. We think Deva and Nachiket are true daredevils in their respective love stories. Nothing scares these men and they face every tricky situation with all guns blazing. Here’s why:

1. Deva and Nachiket are great risk-takers

In many episodes, we see how Nachiket and Deva take unparalleled risks to meet their lady love. Nachiket goes all the way to Sai’s window just to hear the three magical words from her. He doesn’t fear his biggest rival, Appa. On the other hand, Deva does not hesitate to call out Monica’s name at midnight by standing right in front of her house. This may have landed both of them in big trouble but they would still do it all over again!

2. Nachiket and Deva fear no one

Nachiket and Deva are daring individuals. Nachiket does not fear his biggest rival Appa. In fact, each time, he faces Appa with a brave face, and this annoys the old man even more. Sometimes, he even pranks Appa to have a little fun of his own. Similarly, our underworld don Deva is no less in this matter. Even though Monica is the dean of the college and despises him, Deva doesn’t fear her and continuously makes efforts to build his relationship with her.

3. Problem? It’s just another word for these boys!

Nachiket and Deva manage to find a solution to every problem that comes their way. In many episodes, we have seen how Nachiket has saved the Ketkars several times, from facing severe losses in their business. When it comes to Deva, we have seen him overcoming hurdles such as shortage of food in the canteen or finding the shortest route to help Monica reach Alibaug.

Amongst Nachiket and Deva, who do you think is the more daring lover? Lets us know in the comments section below!

Meanwhile, for more entertainment, check out the latest episodes of your favorite TV shows streaming for free on ZEE5.