Appa and Nachiket have always been at loggerheads. However, their rivalry seems to be turning into friendship. Read why we think so. 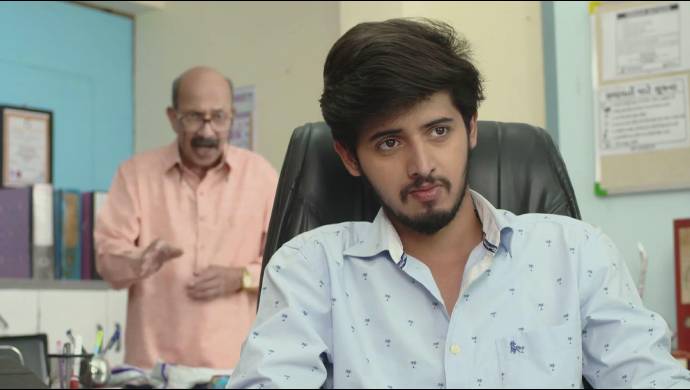 Almost Sufal Sampoorna is a family drama streaming on Zee Yuva. The story depicts the love affair between Nachiket Deshpande, an NRI, who falls in love with a Sai Ketkar. Sai too accepts his love, however, they always have to face obstacles in their relationship but somehow manage to overcome them with their love, wit, and understanding. One such obstacle is Appa, a stubborn old man who hates Nachiket for being an NRI. Appa has had a bitter experience in the past which makes him hate people belonging to foreign lands. Nachiket strives to get into Appa’s good books and wishes to get married to Sai someday, with his permission and blessings. In recent episodes, he has managed to get closer to Appa. We give you some reasons why we think Nachiket and Appa will soon become the best of buddies.

Nachiket had managed to export Ketkar’s products worldwide. He had motivated and encouraged them to flourish their business. This initiative by Nachiket, impressed all Ketkars, especially Appa. The latter has finally accepted that it is because of the young boy, that their profits have substantially increased.

Pardeshi Exports had rejected Ketkar’s consignment due to improper quality. This could have made them suffer a huge loss. However, later Nachiket ensured that all their products are sold, which saved them from facing any losses. Appa was relieved and happy with Nachiket. The old man, who once hated the latter, is now slowly and steadily starting to like him.

3. Appa has permitted Nachiket to work with Sai

Appa is extremely protective of his beloved granddaughter Sai. He did not want her to even befriend Nachiket. However, after Nachiket helped Appa overcome many problems in his business, he has gained Appa’s trust. The old man now lets Sai work with Nachiket. Due to these reasons, we feel this is the beginning of a new friendship between Appa and Nachiket.

Do you agree with our views? Comment your thoughts below.

Meanwhile, for more fun and entertainment, keep watching your favorite shows on ZEE5.