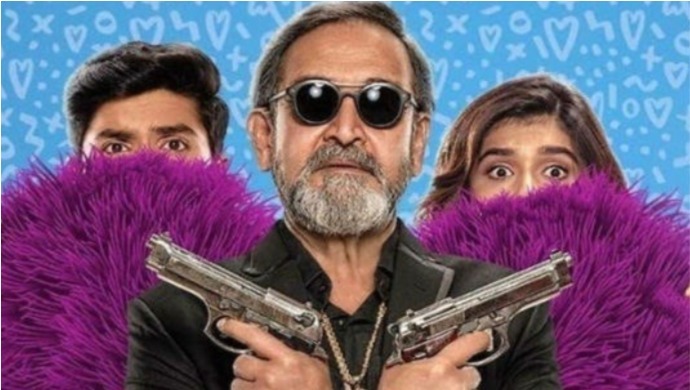 After Hutatma, Date With Saie, Sex Drugs & Theatre and Gondya Ala Re, ZEE5 has come up with a new original Marathi series- Kaale Dhande. The series features Mahesh Manjrekar, Shubhankar Tawade and Neha Khan in lead roles. It tells the story of a young photographer Vicky, whose world turns upside down, after he gets embroiled in controversial events, due to certain circumstances. The trailer of the series has been released and it promises to be a new age laugh riot, teamed with a lot of drama and some rather bold scenes.

One look at the video and you will be reassured of the fact that Marathi web content is undergoing a revolution. Actors and producers are breaking away from stereotypes that surround films and television shows, especially with regards to explicit scenes and nudity. The trailer of Kaale Dhande starts with a gang of men, discussing the turmoil that Vicky is in, cut to, the latter being seen dancing with strippers, kissing a woman and even helping himself! It’s safe to say that this series isn’t refraining itself from going all out.

There are scenes which are proof of this ZEE5 original being hillarious. One of them is when Vicky’s girlfriend in the ending scene, bursts out into this incomprehensible laughter. You see stills of Vicky being tortured by some goons which shed light on how he lands into a serious soup, as the show progresses. Mahesh plays a quirky mafia character, which is refreshing to see. The actor adds the eccentricity to the narrative, which makes the series even more thrilling.

All in all, Kaalde Dhande promises to be a fun-filled ride. So don’t miss it at any cost! Stay tuned for the release of the series on ZEE5 tell us what you think in the comments section below.

Saajana: How Rama Can Focus On Her Studies While Working At Pratap's House?

Phulpakhru: Here's How Manas Can Deal With Things At Work