Kickstart Your Shimga Celebrations With Prajakta Shukre’s Valhav Re Nakhwa

Watch this recreated version of the classic Koli song Valhav Re Nakhwa by Prajakta Shukre and let the festivities of Shimga begin! 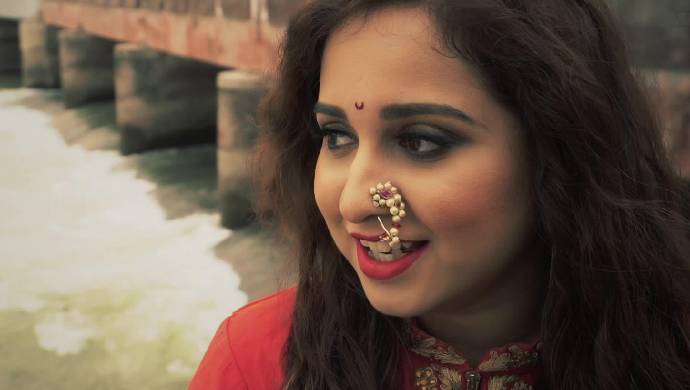 Considered to be one of the most revered and ancient festivals of India, Holi is celebrated with great pomp in almost every part of the country. It is called the festival of colours. On this day, the event of Holika Dahan happens which symbolizes the triumph of good over evil. The festival is supposed to bring in a lot of positivity in our lives and is therefore celebrated with utmost joy. The festival is called differently in different parts of India. In the coastal areas of Maharashtra, fisherfolks celebrate Shimga on the day of Holi. The people in Konkan believe that gods arrive at their house during the festival. They, therefore, carry palkhis of the gods to their houses to represent their arrival. They also decorate their houses and make rangolis at their doorstep. They pray to the gods and ask for the well-being of their families. Shimga is particularly popular amongst the fisherfolk who celebrate it by singing and dancing in merry. It is supposed to be a grand festival for the Koli community. The Kolis celebrate the festival by offering fish and locally made delicacies like Puranpolis to the fire. They also carry a traditional procession in the village for the other villagers to join in. The festivities last for a day or two as there are other events that happen during Shimga. For the Kolis, the festival goes beyond colours indeed!

To kickstart the Shimga celebrations you can watch this song Valhav Re Nakhwa by Prajakta Shukre.

Valhav Re Nakhwa is a song sung by Prajakta Shukre, which is the recreation of the classic Koli song Mi Dolkar Dolkar originally sung by two singing legends Hemant Kumar and Lata Mangeshkar. This recreated version of the song also went viral on social media and became the most viewed song of Prajakta Shukre.

You just cannot get enough of this melodious tune! Can you?

Don’t you get the vibes of Shimga from the song? Let us know in the comment section below.

You can catch the Holi special collection Rang Majha Holicha on ZEE5 now!

Planning To Buy Glares For The Summer? Get Tips From These Yuva Dancing Queens