Watch how these actors shared their love for the Marathi language. Read Spruha Joshi's special poem inside! 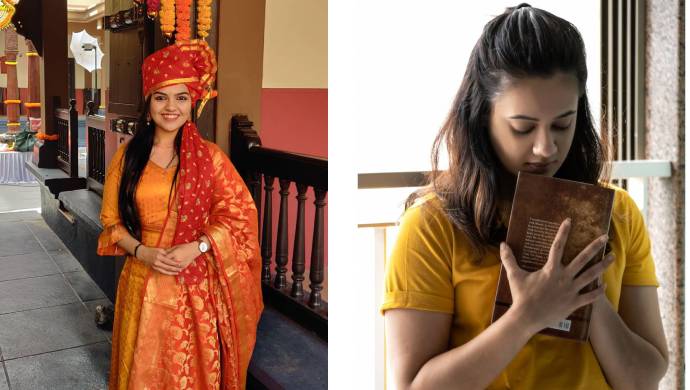 The birth anniversary of the eminent poet Vishnu Vaman Shirwadkar is celebrated as the Marathi Bhasha Din every year on February 27. The poet was commonly known by his pen name, Kusumagraj. Born in the year 1912, in the city of Pune, Kusumagraj started writing poems from a very early age. His first publication was when he was in college. But the author of several adaptations of plays from Shakespeare and other well-known personalities has also written stories and dramas. He gave the Marathi language a place worldwide and thus, his birthday is celebrated as the day of this language! To showcase their pride and love for their language, many Marathi actors posted on their social media, including Subodh Bhave.

Watch Subodh Bhave perform in an episode of the show Tula Pahate Re.

The actor posted a picture with a very creative message. He is seen wearing the traditional kurta and waistcoat here. He has also mentioned in his caption that the language should be celebrated every day and not just on 27th February.

Subodh’s message touched our hearts, Another heartfelt post was put by Rangbaaz actress, Spruha Joshi, who shared a poem with her fans, that she wrote herself! Spruha has used rich vocabulary and words in this poem, making it a heartfelt message.

Another actress who shared a message regarding the Marathi bhasha din is Amruta Khanvilkar. The veteran beauty shared a post in praise of the language, which says that the Marathi language is something that is sweet to the ears and the people who hear it are blessed. Indeed!

Meanwhile, the Ti Sadhya Kay Karte actress Aarya Ambekar posted a picture in the traditional attire showcasing her pride and the love for her culture. She also wished her fans with a very sweet caption. Read below.

There is also a special post dedicated to the poet on Zee Marathi’s official social media page. Have a look at it!

We wish you all readers a very hearty Marathi Diwas filled with pride. Show your love for the language and imitate these actors by posting your own ideas of the Marathi language, on your social media pages.

Don’t forget to stream Marathi movies, shows and originals only on ZEE5!

Kaviraj's Strength And Courage Is A Great Display, Watch Now In This Episode Of Swarajyarakshak Sambhaji