Nashibvaan Review: Bhau Kadam’s Film Is An Important Lesson On Love And Greed

What happens when greed takes precedence over family and friendship? The Amol Gole directional answers this important question. 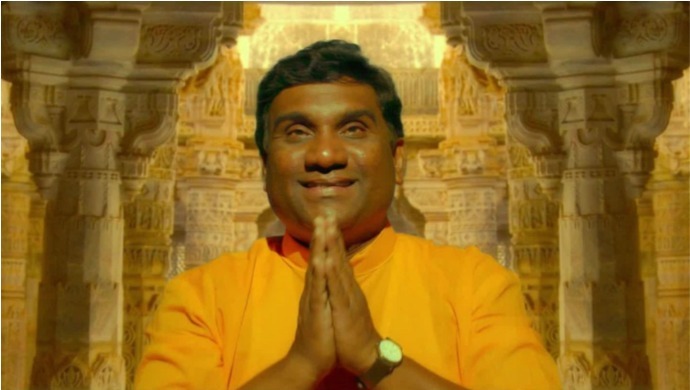 “There is sufficiency in the world for man’s need, but not for man’s greed,” said Mahatma Gandhi. Amol Gole’s Nashibvaan is a representation of the wise man’s wiser words. The film starring Bhau Kadam, Neha Joshi and Mitalee Jagtap Varadkar, sheds light on how greed can destroy a person’s life. The Marathi drama tells the story of Baban (Bhau), a municipal sweeper who dreams of leading a bigger and better life. The only factor that’s holding him back is the lack of money until he chances upon a huge sum. We are then taken on Baban’s journey where he makes the common mistake of stretching his legs more than what his sheet can cover.

Day in and day out, Baban spends his time sweeping filthy compounds for which he is paid a pittance. Luck comes knocking on his door when he accidentally punches a hole in the building’s wall with his broom. Baban inspects and finds heaven on the other side, where piles and piles of notes fill the space. Nobody knows who the money belongs to and nor does Baban. Yet, he takes some home and keeps coming back for more. What we see then is the rise and fall of a sweeper. Bhau is convincing in his act and his transition from an innocent, lovable man to a greedy and violent one, is natural and effortless. If an actor can make you love and hate him at the same time, you know he’s doing a good job.

Bhau’s character is shown having a wife and three kids in the film. His partner Geeta is played by Mitalee, who shines despite the limited screen time she has. Her character is empowering as she isn’t a woman to succumb to her husband’s demands or violence, just because the society expects her to. Watch out for the ending scene where Geeta stands up to Baban without blinking an eye. Neha plays Reshma, a woman who is being helped by Bhau for her financial needs. The vulnerable character is brought to life by Neha’s powerful act, especially in the scene where she is confronting her lover.

Aside from the power-packed performances, Nashibvaan also stands out for the important lesson that it carries. While dreaming big is no crime, acting greedy for it is and that’s essentially what the film preaches. It sheds light on how one can’t really be satisfied with lots of money unless it’s earned through hard work and dedication.

Nashibvaan boasts of many elements that make the film worth watching, from the acting to the direction to the plotline. But we would end by saying that it is Bhau’s solid performance that essentially makes the film sail through. Don’t miss it if you want to witness a heartwarming act that will stay with you for a long time.

Watch the film and let us know what you think about it in the comments section below. For more entertainment, check out the collection of fun Marathi films on ZEE5 here.