Nude: Who Is Naseeruddin Shah’s Character Inspired By In The Film? Find Out!

The film is directed by Ravi Jadhav and features Kalyanee Mulay and Chhaya Kadam in lead roles. More details inside! 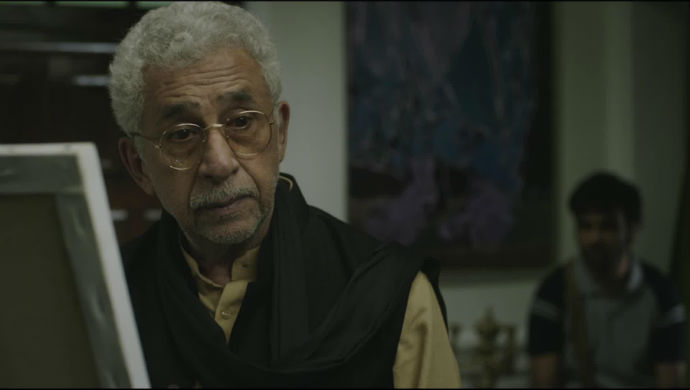 Ravi Jadhav’s Nude starring Kalyanee Mulay and Chhaya Kadam, sheds light on the world of art. Yamuna (Kalyaee) comes to Mumbai with her son, after separating from her abusive husband. She starts working as a Nude model in JJ School of Art, to earn money for her son’s education. Nude highlights the double standards of society and the hypocrisy with which it operates. We are given a lowdown on how there’s a stigma attached to nude models and how they are not accepted in certain roles. The film also takes viewers into the life of artistes and the progressive way in which they think. Nude features Naseeruddin Shah in a special role, as an art teacher Mallik Sahab.

He is a free-minded individual who reiterates, that while observing a painting, he doesn’t focus on the colours or the picture, but the soul in it. Mallik Sahab is unconventional in his appearance as well as approach. He has a white hair and beard, walks around barefoot and wears mostly kurtas with nehru jackets and a stole.

For those who saw the film and didn’t guess it yet, Naseeruddin’s character is very obviously inspired by the late legendary artist, M.F Husain.

The artist was renowned world-over and studied art in JJ School of Art, which is featured in Nude. Naseeruddin’s character as Mallik Sahab is an ode to the famous painter and his ideologies are borrowed from the latter as well. For those who haven’t seen the film yet, check it out above and spot the similarities! Tell us about other observations you made between the two and post them in the comments section below!