Sameer takes Baba to RBK as he wanted to understand the youth's opinion about being stylish at his age. 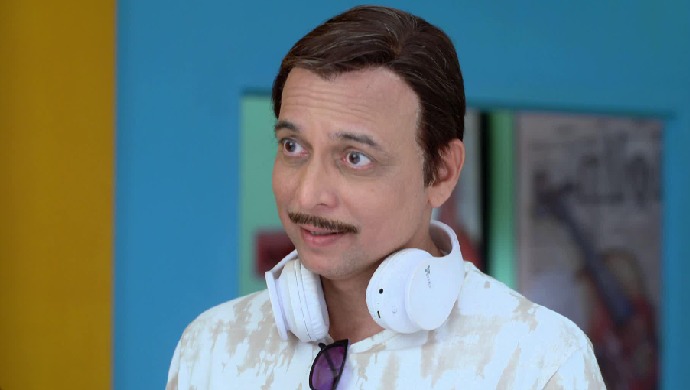 In the previous episode of Phulpakhru, Sameer accompanies Revati for dinner. At home, Baba gets a message from someone and he walks out of his bedroom to chat further. Aai who is awake, sees this and goes to Manas and Vaidehi’s room with Atya and tells them about it. The four of them decide to go downstairs and search for Baba. Later, Manas finds out that Baba is sleeping in his bedroom.

In tonight’s episode, Manas questions Baba about the change in his appearance and attitude and the reason behind it. He replies to him that it’s not about the change in the appearance but it is about his new way of life. From the day he decided to change his lifestyle, Aai, Atya and other family members started having a problem because they are not used to seeing him in such avatar. On the other hand, Tanya gets angry on Sameer when he tells her that he went for dinner with Revati.

Later, Baba decides to go out and take an opinion about what other people think about his look. While walking on the streets, Sameer sees Baba and tells him that he will take him to a place where he can get the answers to his questions. When Manas reaches the office, he sees a person sitting in Revati’s cabin and turns around saying he is sorry to disturb. Just then Revati asks him to stop and introduces him to his own father. Manas gets shocked to see Baba at RBK and asks him how he reached there. Immediately, Sameer comes from behind and tells Manas that he made it possible.

Manas gets mad at Sameer but because Revati and Baba are standing in front of them, he is unable to express it. When Baba comes out of the cabin, he is seen giving tips about being healthy and fit to Manas’ colleagues. At home, Aai is still stressed about Baba. Seeing this, Atya asks her to play with Maahi so that she will feel better. Vaidehi comes up with an idea that since Baba’s birthday is around, they will make use of this opportunity to get information about Sulu.

Watch Vazandar an endearing journey of two young and beautiful girls – Kaveri and Pooja who are on a mission to lose weight.

These Pictures of Khushboo Tawade And Sangram Salvi Will Make You Plan Your Next Vacation!

Phulpakhru 3 June 2019 Preview: Vaidehi Has A New Plan To Find Out About Sulu