Just when starts singing, Vaidehi enters the venue and seeing her, Manas gets charged up. 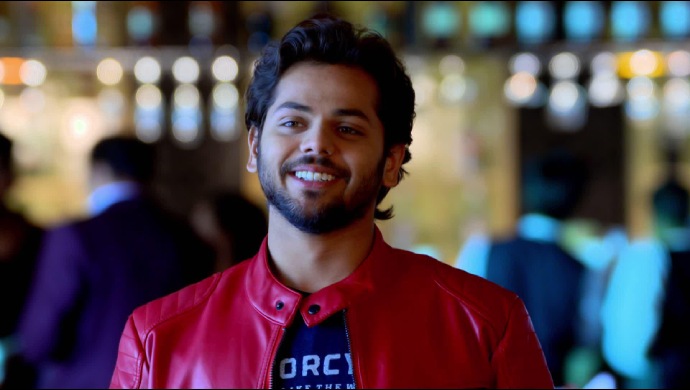 In the previous episode of Phulpakhru, Abhishek from Vaidehi’s office calls her and tells her that he knows who the real culprit is. Next day early in the morning, Vaidehi meets Abhishek and takes her to Shubham’s office. There, she sees Vishwas sitting in Shubham’s cabin. Vaidehi is now sure that Vishwas was the person who betrayed her. Later that day, Manas reaches the venue but is missing Vaidehi as he wishes her to be present for his first ever live performance.

In today’s special episode, Revati is giving instructions to the team about why is this performance important for everyone. She then notices that Manas is lost in his own thoughts. She asks him the reason and he tells her that he is worried about Vaidehi. She tells him to focus on his performance as Vaidehi will be reaching the venue anytime soon.

At Shubham’s office, Vaidehi tells him how she successfully managed to find out the real culprit. Shubham challenges her that he will make sure that her company shuts down soon. She then tells him that she doesn’t have time for such threats, as she has to reach on time for Manas’ performance. Shubham tells her that he won’t let that happen. She leaves from the office and while travelling back with Abhishek, their bike breaks down and even after trying multiple times it doesn’t start. Abhishek tells Vaidehi that he needs to find a garage and suggests her to get a rickshaw. Vaidehi agrees and searches for a rickshaw but fails to find one.

Revati comes backstage and tells Manas that he has only two minutes left to come on the stage and start his performance else she will have to terminate him from RBK. Manas then gets ready to perform as he promised Vaidehi to give his best performance. Just when starts singing, Vaidehi enters the venue and seeing her, Manas gets charged up and gives a rocking performance.

After the concert, everyone applauds the team. Revati asks the investors about the performance and they reply to her saying they are happy to invest in RBK. Vaidehi comes near Manas and hugs him tightly. At the same time, Tanya sees Sameer who is trying hard to woo Revati and feels bad. After coming home, Atya welcomes Manas with a puja and feels proud of him. Vaidehi orders food to celebrate Manas and Sameer’s success. At the end of the episode, Manas asks Vaidehi about what took her so long to reach the venue.

Do you think Vaidehi will tell Manas about everything that has happened? Let us know your thoughts in the comments below.

For more entertainment, watch all the episodes of the horror thriller show Ek Ghar Mantarlela on ZEE5.

Watch Varun Dhawan In A Never Seen Before Character In Badlapur

Phulpakhru 13 May 2019 Preview: Vaidehi To Know About Shubham's Real Intentions?