Phulpakhru 13 June 2019 Written Update Of Episode: Aai And Baba Patch Up Thanks To Sulu?

Sulu learns about Baba and Aai's difference and decides to solve it. 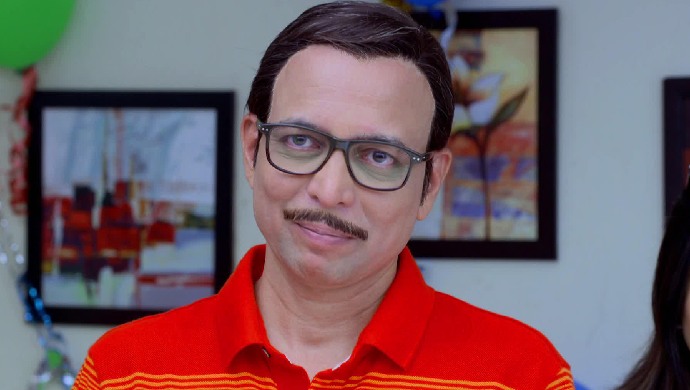 In the previous episode of Phulpakhru, according to Manas’ plan, Sameer distracts Sulu by taking her out of the house. Manas and Tanya ask Baba to write a letter to Aai, asking her to come down. On the other hand, Atya and Vaidehi convince Aai to write a letter to Baba. Their plan works out as both of them agree to talk to each other. Just then, Sulu learns about Baba and Aai’s difference and decides to solve it.

In tonight’s episode, After reading Baba’s letter, Aai gets convinced to come downstairs. As she walks down the staircase, Baba imagines her in a bridal avatar. He gets mesmerised looking at her and is unable to take his eyes off. Sulu comes to Aai and tells her that she is lucky to have a husband like Sadanand (Baba) and it is her right to get angry at her husband if he does anything wrong. She also tells Baba that it is also his responsibility to keep his wife happy. Manas asks Baba what he wrote in the letter for Aai. Baba confesses his love for Aai before everyone.

Later in the evening, Sulu leaves for home and while leaving she thanks everyone for inviting her to the birthday party. After she is gone, Sameer tells Baba that his friend is really beautiful and modern. Tanya intervenes the discussion by saying she is ultra modern for her age. Before they start fighting again, Baba stops them.

At night, Sulu calls Baba and tells him that she forgot her sunglasses at his place and she has come to take it. Baba gets surprised and asks her the reason for coming so late. The latter tells him that she was just kidding as she will come to his place the next morning.

Tu Ashi Jawali Raha's Manva Shows How Their Director Gets The Perfect Shot!

Phulpakhru 14 June 2019 Preview: Who Is Baba Worried About?