In tonight's episode, Vaidehi tells Sameer that Tanya's uncle wants to meet him. Hearing this, Sameer gets freaked out and refuses to meet. 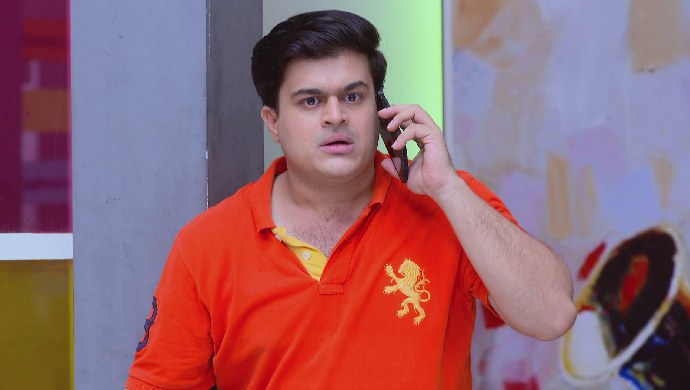 In the previous episode of Phulpakhru, Sameer gets hyper when he doesn’t get coffee. He tells Revati that if he doesn’t get coffee then he will get uncontrollable and attack anyone who is nearby. Revati gets scared and asks him to calm down. She immediately goes to the kitchen and makes coffee for everyone. Vaidehi comes to RBK to enjoy coffee. Sameer tells her that because Manas was busy on the call, Revati had to make coffee. Revati tells Sameer that she loves him.

In tonight’s episode, Sameer gets shocked when Revati says that she loves him. He tells her to calm down and assures her that they will be friends. Next day, Manas tells Tanya about the incident that happened the previous night.

At RBK, Revati calls Manas and Sameer in her cabin and apologises to them for her behaviour. Seeing this drastic change, Manas and Sameer get surprised. The latter gifts them shirts and says that now onwards they will start working together without any grudges. After coming out of the cabin, Manas feels that there is something wrong but Sameer asks him to not get judgemental at the moment.

Later that day, Vaidehi and Tanya play a prank on Sameer by telling him that Tanya’s uncle is angry at him and wants to meet him. Hearing this the latter gets frightened and refuses to meet anyone. Back at RBK, Kelkar asks Revati if she has forgiven Manas for his mistake. She tells him that, this is her new plan to make Sameer and Manas trust her so that she can plan big and make Manas regret what he did.

Watch Uri: The Surgical Strike Based On the True Event Of Uri Attack

Phulpakhru 16 September 2019 Preview: Revati Has A New Plan To Take Revenge On Manas?