In tonight's episode, Sameer is seen stressed about their performance. The moment Manas starts singing he smiles and gets a little emotional. 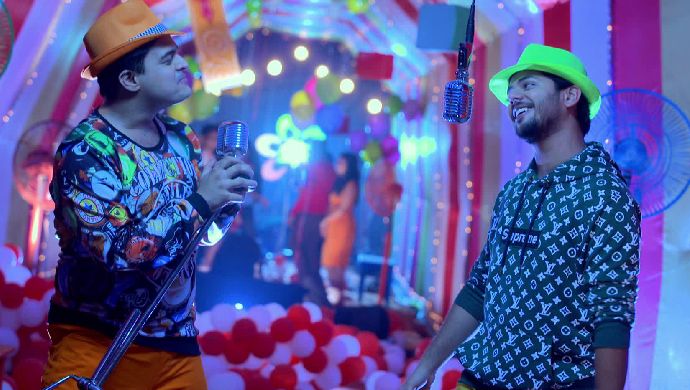 In the previous episode of Phulpakhru, Revati calls Sameer to inform him about the next day’s schedule. He agrees to come to the office early but later realises that the song is not finalised yet. He then goes to Manas’ place and asks him what to do. Manas asks him to be relaxed. Seeing this, he gets more stressed and eats the bhajis that were kept for Atya. When Atya finds out that Sameer ate all the bhajis, she gets angry at him.

In tonight’s episode, Sameer is stressed about the song and is waiting for Manas to come to the office. Just then Tarana comes with a coffee and insists him to have it. Sameer gets annoyed and asks him to leave. The next moment he realises that he spoke to Tarana rudely and apologises to him. Jyoti gets into an argument with Sameer for being rude with Tarana.

While they are arguing, Revati enters the office with the guests who have come to hear the song. She then introduces all the team members and tells them that they will start the performance soon. A few moments later, Revati comes to Sameer and asks him if everything is ready. Jyoti interrupts and tells Revati that Manas has not yet reached the office. Just then they hear the sound of a guitar and Manas starts singing.

After the song ends, the guests love Manas’ song and also appreciate the team efforts. Later, Revati treats everyone and asks Manas and Sameer to come to the cabin. There she tells them that have performed exceptionally well. At home, Tanya comes to meet Vaidehi. She tells her that her relation with Sameer is on the verge of ending and she cannot do anything about it. Vaidehi tells her to give it a try and not lose hope.

Khusbboo Tawde From Aamhi Doghi Goes On A Coffee Date And We Can’t Keep Calm!