Manas feels that Sameer flirting with Revati will end up getting him kicked out of RBK. 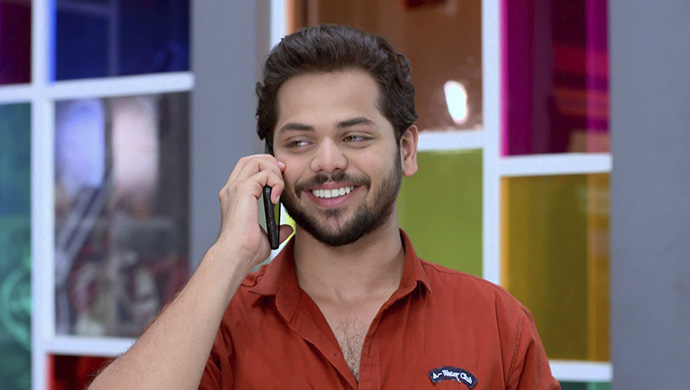 In the previous episode of Phulpakhru, Vaidehi is on her way to RBK, just then she gets a phone call from Atya asking about her whereabouts. She sounds upset to Vaidehi which is why she decides to go home instead. Sameer comes to RBK with a bouquet for Revati but when she enters the office, she falls from the stairs and Sameer holds her. This makes it awkward for Revati as all her team members were present there.

In the last episode, Vaidehi and Atya come out for dinner and she is trying to cheer Atya by ordering her favourite food and drinks. She messages Manas to come to the same restaurant after his office. At RBK, Sameer again gets Revati into an awkward situation and Manas has a feeling that she will bash him soon as she doesn’t like anyone trying to get close to her.

Manas tells Sameer that he has to control his flirting or else he will end up getting him fired from RBK, but Sameer feels that he is not doing anything wrong and tells Manas to relax. After office, Manas joins Vaidehi and Atya for  dinner and he brings a small gift for Atya. Seeing the gift, Atya feels happy as it is a photo frame with Manas and Vaidehi. Later that day, Tanya calls Sameer to ask where was he is as he did not bother to message her. Sameer tells her that he was in RBK as he is trying to make new contacts to get into the industry.

Next morning, Atya and Manas are having a chat and she tells him that whenever crows rattle, it means guests are going to visit. Just then the doorbell rings and Manas opens the door. He sees Vaidehi is back home after her jog. In the afternoon, Vaidehi asks Atya why was Manas is calling her guest. She explains to her that whenever the crows rattle, it is known to be an indication of guests coming home. A few moments later the doorbell rings and Vaidehi opens the door and gets surprised to someone.

Phulpakhru 18 May 2019 Preview: Revati Asks Manas To Not Take A Call