Vaidehi calls Shubham after knowing how Shubham treated Manas when they met earlier. 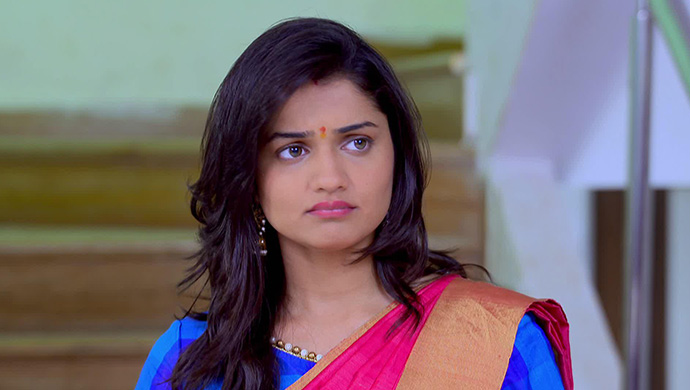 In the previous episode of Phulpakhru, we saw Manas making thalipeeth for Vaidehi. After knowing the true identity of Shubham, Manas tells Vaidehi that he is a psycho and Vaidehi needs to stay away from him. Vaidehi agrees and tells Manas that she will manage the situation. Vaidehi gets a call from Tanya asking her about Shubham as Sameer told about what happened with them. Vaidehi then tells Tanya the whole story.

In tonight’s episode, Manas comes looking for Vaidehi and sees her drying her hair in the balcony. He then gets awestruck by her look and writes a new poem. Vaidehi likes the new poem and suggests him to also share it with Revati. Manas gets a call from Revati as she appreciates his talent. Manas then tells the new poem he has composed and shares it with her on the phone call.

Early morning, Shubham comes to meet Vaidehi as she has called him to meet Manas. Seeing Manas as Vaidehi’s husband, Shubham gets shocked. He then remembers every incident and how he has been behaving with him. Manas then tells Vaidehi that he already knows him. Over this, Shubham tells him that even he has met Manas but in a different situation and he also apologises for his behaviour.

Vaidehi then tells Shubham that she wanted him to meet Manas as he is the joint managing director of her company and he is equally responsible for the decisions of the company. Shubham then feels awkward about it and leaves from their house. While leaving the house Sameer meets him and makes fun of him indirectly. Seeing this everyone including Vaidehi, Manas and Tanya start laughing.

Shubham then leaves and calls a person who is going to work with Vaidehi and give every detail to Shubham so that he can plan accordingly.

Who is the person that Shubham has appointed to get the details from Vaidehi’s office? Will Vaidehi come to know the person? Keep watching to know more.

Watch The Sholay Girl is a ZEE5 Original film based on the life and struggle of Reshma Pathan.

What Can We Learn From Narendra Deshmukh's Character As Krishna In Patil?

Phulpakhru 20 April 2019 Preview: Who Is Leaking Info From Vaidehi's Company To Shubham?