Revati plays a prank on Sameer at first but later she reveals that they have decided to hire Sameer in RBK music. 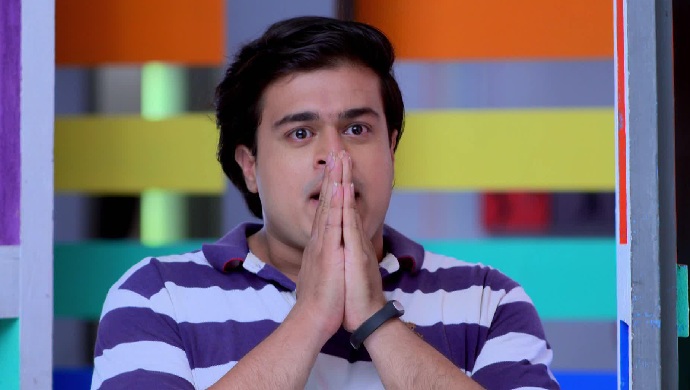 In the previous episode of Phulpakhru, Manas and Baba are discussing Aai’s sudden change in behaviour. He tells Baba to avoid talking to Sulu else it will affect the family. Later that day, Aai, Vaidehi and Atya are laughing at Baba’s situation. This conversation is heard by Manas and Baba and they come to know that Aai’s friend isn’t a lawyer as she runs a Tiffin business.

In tonight’s episode, while Manas is on his way to the office, he gets a phone call from Revati. She asks him to reach office as soon as possible. Upon asking if everything is alright, she tells Manas that she wants to discuss something important. Revati also calls Sameer and asks him to come to RBK.

After knowing about the real occupation of Aai’s friend, Baba makes a plan to go for a movie with Sulu. He gets dressed in stylish clothes for the same. Seeing this avatar of Baba, Atya, Vaidehi and Aai get shocked. At RBK, Manas and Sameer are sitting in front of Revati. She tells Manas that she has been observing Sameer’s behaviour from the last few days and she noticed that he comes to the office and tries to mix up with the employees and also flirts with the Managing Director (Revati).

Sameer feels that he has committed a mistake and he chooses to go away. The moment he is about to step out of the cabin, Manas and Revati burst into laughter. She then tells Sameer that they were playing a prank on him. She further continues that they have decided to hire Sameer in RBK. Listening to this, Sameer gets overwhelmed and hugs Manas.

At home, Atya is missing her family. Vaidehi and Aai try to cheer her up by telling her that even they are her family.