Manas shows the divorce notice to Baba. Seeing the letter, he gets shocked and asks if Atya is aware of it 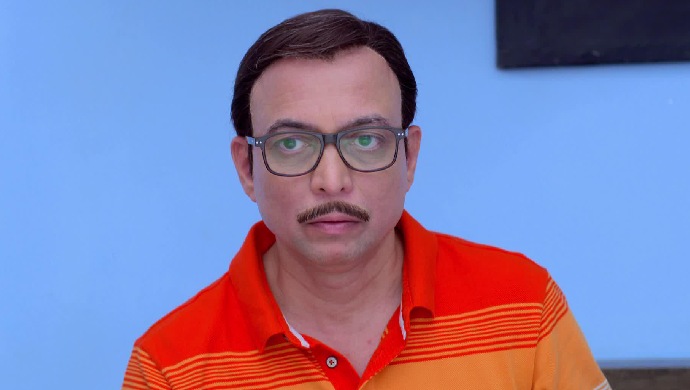 In the previous episode of Phulpakhru, Aai realises her mistake and apologises to Sulu for her behaviour. Later that day, Sulu asks Baba about the question that he didn’t ask. Baba tells her that when they were in college, he had sent her a love letter through one of his friends but he never got an answer. Sulu tells him that she thought that the letter was from the guy who brought it and she said yes to him.

In tonight’s episode, while walking in the garden with Vaidehi and Maahi, Manas is thinking about Atya’s divorce notice. He tells Vaidehi that they need to go home and tell Baba about the notice as soon as possible.

At home, Baba tells Aai about how he proposed Sulu in his college days by sending a letter but she said to someone else. Baba asks Aai to try dancing with him. A few moments later, Manas, Maahi and Vaidehi come home and get surprised to see Aai and Baba dancing together. Baba asks Manas and Vaidehi to join them. Atya comes downstairs and sees Aai, Baba, Manas, Vaidehi and Maahi dancing together and enjoying. This reminds her of her family and she misses them. Just then Manas calls Atya to join but she goes to the kitchen saying she is busy.

Vaidehi then follows Atya and tries to console her. Manas tells Baba that he wants to talk to him about something serious and takes him to the bedroom. He first shows Baba the divorce notice sent by Kuldeep. Seeing the letter, Baba gets shocked and asks if Atya is aware of it. Manas tells him that they haven’t told anything to Atya as they feel that he would be the right person to tell her this news.

How will Baba tell Atya about the divorce notice? Let us know your thoughts in the comments below.