Atya is surprised to see Revati, she then invites her to join them for lunch. 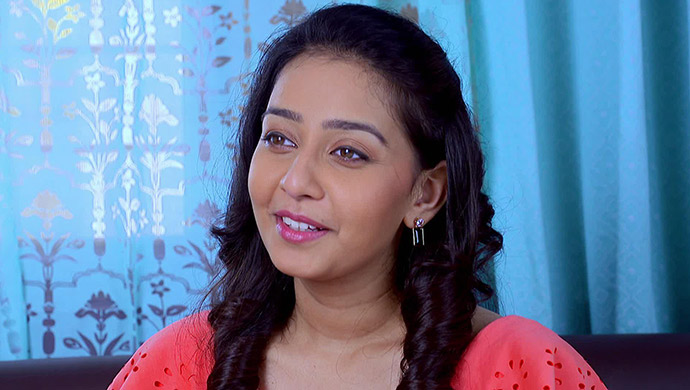 In the previous episode of Phulpakhru, Manas comes to the office and makes Vaidehi understand to not get upset about the tender. After coming home, Vaidehi is thinking about how Shubham was so sure about he getting the tender. She feels that it cannot be a mere coincidence as the difference is just of a rupee. She then plans to look for this person by creating two different quotations for the same tender and keeping it confidential with two different people. At the tapri, Sameer and Tanya are tensed as their parents have started looking out for suitable life partners for both of them.

In tonight’s episode, Atya is seen cooking food but Manas comes there and asks Atya to go and rest as he wants to cook. At the office, Vaidehi is having an important discussion with Vishwas who has been appointed to work on the next tender quotation. The receptionist calls Vaidehi telling her that Shubham has come to meet her. Vaidehi asks her to send him inside her cabin. Shubham enters the cabin and tells Vaidehi that he was passing by and thought of visiting her and wishing her good luck for the next tender quotation. He also asks if they are done with preparation for the next tender. Vaidehi tells him that he shouldn’t be asking such questions because he is already aware of every detail. Shubham replies to this saying that it’s his way of doing business.

Revati comes home to meet Manas. She asks Manas to sing a new song for her but Manas tells her that it does not work that way. He explains to her that to create a new song he needs to feel the rhythm and also he needs an inspiration which is Vaidehi. On hearing this, Revati feels awkward and is about to leave but Manas stops her and asks her if everything is alright. Atya comes downstairs and gets surprised to see Revati, she then invites her to join them for lunch. While having lunch, Revati asks for a spoon to eat rice but Atya tells her that if she eats using her hand then she will enjoy the food even more.

At the office, Abhishek tries to figure out that something has been kept as a secret from him. He comes near Vishwas’ desk and picks a file to check what is going on, Vishwas then tells him to not open the files as it is confidential. But Abhishek doesn’t listen to him and tries to peep into the file. Vaidehi comes out of her cabin and asks Abhishek and Vishwas to maintain office decorum.

With this plan work? Keep watching to know more.

What are your plans this weekend? We suggest you watch Karenjit Kaur season finale exclusively streaming on ZEE5.

Get ready to discover the epic story of ‘Samyukta Maharashtra Movement’ and the struggles of Marathi manus.

Exclusive: We Have The Forced 'Independent Women' Tag On Us, Says Hutatma's Anjali Patil

Phulpakhru 3 May 2019 Preview: Abhishek Is The Person Who Leaked Tender Information?