Phulpakhru 20 July 2019 Written Update: Sameer Gets A Warning From Revati

In tonight's episode, Revati asks Sameer to assure that Tanya won't come back to the office or else he is free to resign. 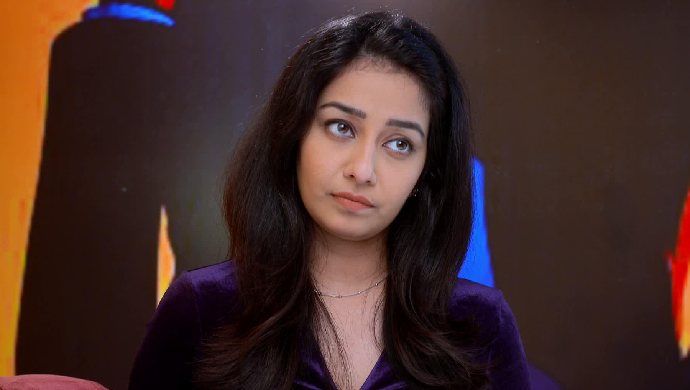 In the previous episode of Phulpakhru, Tanya gathers the team members and tells them that Sameer and Revati are having a secret affair. Sameer requests her to go home but she refuses to do so. While leaving, she tells Manas to stay away from Sameer as he is not trustworthy. At home, Vaidehi sees Atya doing signatures on legal documents. Upon reading them, she learns that Kuldeep wants her consent to become the sole owner of their property.

In tonight’s episode, Manas tries to console Sameer and asks him to calm down. But the latter says that he cannot calm down because Tanya had crossed her limit by insulting not only him but Revati as well. He then goes to Revati’s cabin to apologise but she asks him to leave her alone.

A few moments later, Revati comes out of her cabin and calls Sameer. Manas gets a call from Vaidehi and she tells her that Tanya has come home. Just then Tarana comes there and tells Manas that Revati has called him in her cabin. There she tells him that whatever happened in the office was quite shocking for her. She chose not to argue with Tanya or else now she would have been arrested for such allegations. She considers Sameer responsible for it and asks him to assure that Tanya doesn’t come back to office or else he will have to resign.

At home, Vaidehi tries to console Tanya and asks her to stop behaving in a childish way. Hearing this, the latter talks about breaking the friendship and never coming in her life ever again. Vaidehi gets angry and slaps her to make her realise what she is talking.

Later that day, Revati orders sweets for everyone and tells Manas and Sameer that she ordered it because she has learnt a great lesson of life.

Are You A Fan Of Bhau Kadam? Then You Must Watch Nashibvan