Phulpakhru 20 September 2019 Written Update: Manas And Revati To Travel Together

In tonight's episode, Manas and Revati are on their way to the meeting venue. Vaidehi feels worried as it is a late night. 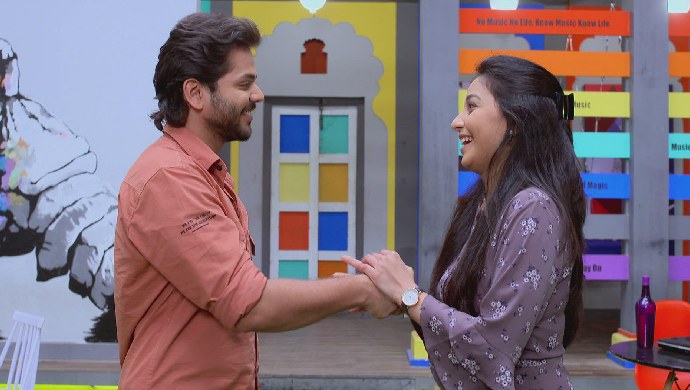 In the previous episode of Phulpakhru, Revati instructs all the employees at RBK to finish their work by 7 pm and leave. She tells Sameer that he has to go to attend a meeting with the investors in Badlapur. Later that day, Revati calls Manas and tells him that they have to go to attend an urgent meeting. She asks him to come to RBK so that they can go to the meeting venue together. Kelkar meets a person and gives him money to do the work.

In tonight’s episode, Manas gets irritated by the constant calls while he is riding the bike. He answers Revati’s call and tells her that he will be reaching RBK in a few moments. Meanwhile, Revati calls the person who is in a meeting with Sameer and tells him to keep him occupied.

At home, Vaidehi asks Atya to call the electrician since there is a power cut at their place. Atya doesn’t recognise the person who comes as an electrician and asks him to resolve the issue. When the issue gets resolved, the power comes back and Atya gets shocked to see Supu. He tells her that she had called him instead of the electrician. Manas reaches RBK and Revati hugs him in excitement. Both of them are on their way to travel to the meeting venue.

Atya comes to Vaidehi’s bedroom and is about to tell her about Supu. Just then Tanya calls Vaidehi and tells her that Supu had come to their place. Hearing this Vaidehi gets surprised. On the other hand, Revati asks Manas about Sameer and secretly records their conversation.

Saajana's Rama Is Secretly Obsessed With Someone Who Isn't Pratap!