Baba comes home and tries convincing Aai but she doesn't want to listen to anything and asks him to keep distance from her. 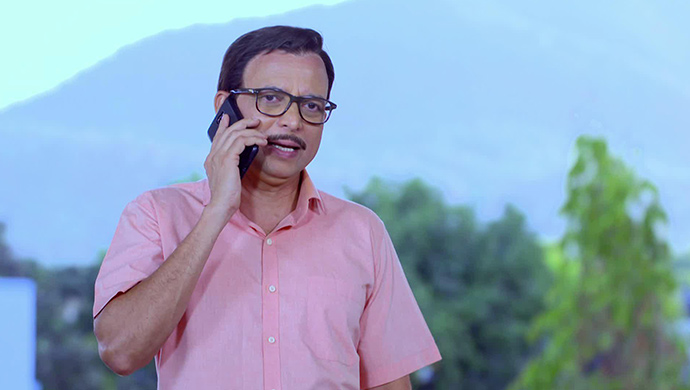 In the previous episode of Phulpakhru, Aai tells Atya that Manas’ father is acting suspicious lately. His behaviour has changed from the day he returned from the reunion party and met his friend, Sulochana. Surprisingly even Atya knows her and starts praising her beauty and hearinh this, Aai gets upset. While they are talking, Vaidehi listens to their conversation by hiding behind the curtain. Later, Atya catches her and asks her to help them in finding Sulochana through the internet.

In tonight’s episode, Manas comes to RBK and shares his situation with Sameer. Listening to him, Sameer starts teasing him and while both of them are talking, Revati comes from behind and hears about Sulu. She thinks that they are talking about the Sulochana who came for the meeting and questions Manas for talking about the lady. She asks him what will happen if Vaidehi’s comes to know about it. Manas tries to tell her that it is not what she thinks but before listening to anything she asks him to stop talking about her.

At night, while everyone is having dinner, Aai is still upset about Manas’ father’s behaviour. A few moments later, the doorbell rings and Manas opens the door. He sees that it is his father and Atya gets surprised to see him. After coming inside, Atya brings water for him and tells him that everyone is aware of what he has done. Hearing this, Baba gets shocked and goes to his room without having dinner.

After going into his bedroom, Baba asks Aai to behave like mature people and not disturb Vaidehi, Manas and Atya. But Aai does not want to sleep in the same room as Baba. He  asks her to sleep on the bed while he sleeps on the floor. In Vaidehi and Manas’ bedroom, both of them are having an argument as Manas thinks that Baba is just friends with Sulochana but Vaidehi has a feeling that Aai’s doubt is right.

Who according to you is right, Aai or Baba? Let us know your thoughts in the comments below.

The Cast Of Vartul Enjoys The Summer While Keeping Their Onscreen Rivalry Aside!

Phulpakhru 22 May 2019 Preview: Tanya And Vaidehi Decide To Support Aai