In tonight's episode, Sameer calls Tanya and tells her that Manas is having a high fever as he is badly missing Vaidehi. 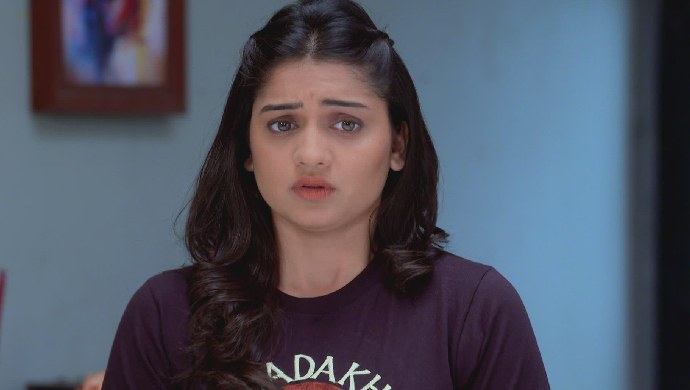 In the previous episode of Phulpakhru, Manas is missing Vaidehi. Sameer and Atya try to lighten up his mood but the latter gets angry and asks them to leave him alone. On the other hand, seeing Tanya worried about Vaidehi, he asks her to close her eyes for a second. Tanya says that she is not at all in the mood to for jokes but the latter asks her to trust him and see the magic. When Tanya opens her eyes, she sees Vaidehi standing in front of her.

In tonight’s episode, Atya tells Sameer that Manas has high fever. Sameer tries to call a doctor but unfortunately, no one is available. Sameer gets an idea to call Tanya and inform her Manas’s condition.

Meanwhile, Tanya sees Vaidehi disturbed and unable to focus on her work. She suggests the latter to talk to Manas and resolve their differences but she refuses to do so. A few moments later, Tanya gets a call from Sameer and he tells her about Manas’ condition. Vaidehi asks Tanya to go see Manas because she doesn’t want to go home. Tanya and Supu come home and assure Atya that Manas will be alright.

5 Reasons Why You Should Watch Nagraj Manjule’s Fandry

Faster Fene 2? See What Aditya Sarpotdar And Amey Wagh Have To Say

Later that day, the medicine recommended by Supu works and Manas feels better. Supu tells Atya that he wants to tell her a secret only on one condition that she has to promise him she won’t tell it to anyone. When the latter agrees to the condition, he tells her that Vaidehi is staying with them at Tanya’s place. Vaidehi calls Manas to see how is he. Both of them start complaining about each other.

Phulpakhru 22 October 2019 Preview: Sameer And Tanya To Bring Manas And Vaidehi Together