Vaidehi comes up with a new plan to tackle Baba's behaviour. They call on Aai's mobile with a different and seeing this Baba gets surprised. 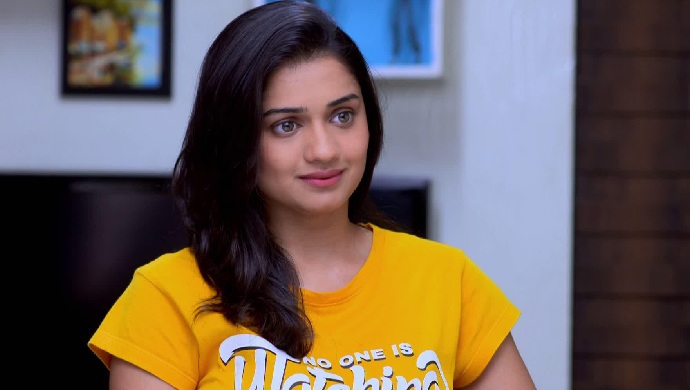 In the previous episode of Phulpakhru, Manas and Vaidehi are about to tell Baba about the divorce notice. Just then, Atya comes there and they change the topic. Later that day, Sulu comes home and tells Aai that she came nearby for a meeting, so she thought of paying a quick visit. Sameer gets annoyed over Tanya for not telling him about the conversation between her and Revati.

In tonight’s episode, Vaidehi comes up with a new plan to tackle Baba’s behaviour. At first, Aai does not agree to it but then Vaidehi convinces her by asking her if she wants Baba to behave normally or not. A few moments later, Aai’s gets a call from a person named Kaminikant. Baba who sitting next to the mobile, informs her about it. Aai comes there and asks Baba to hold the mobile as her hands are wet.

While talking on the phone call, Aai starts laughing and talking nicely with that person and Baba wonders who is it. On the other hand, we see that it was Vaidehi and Atya who called Aai by the name Kaminikant and this was their plan to get Baba on track. While talking about family, Atya tells Vaidehi that how important it is to be with our family and how does it feel when someone is away from his family. Vaidehi consoles her and assures her that everything will be alright.

Later that day, Sulu asks a question to Aai but she is seen lost in her mobile phone. Baba calls Aai to listen to what Sulu asked. She then says sorry and tells them that she was chatting with her college friend Kaminikant. She adds to it saying he was the most energetic guy in their group and they all used to have a lot of fun. Sulu completely agrees to it but Baba gets surprised after listening about this friend of Aai.

Will Baba find out about this plan? Let us know your thoughts in the comments below.

Almost Sufal Sampoorna: Do You Think Sai And Nachiket Are Well-Suited For Each Other?