Manas supports Baba as he is convinced with Baba's point of view. 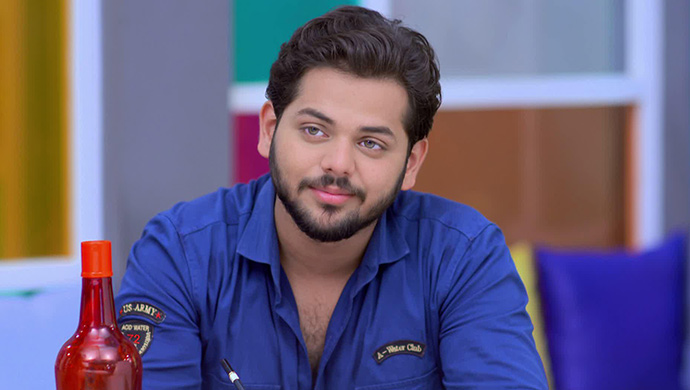 In the previous episode of Phulpakhru, Sameer plans to have a small partyat RBK and for that, he goes to Revati’s cabin to take permission. At home, Atya and Vaidehi convince Aai to talk sweetly with Baba and take his mobile when he is unaware. Aai successfully diverts his attention but while copying the number, Baba takes his mobile back. Back at the office, Sameer gets the permission but Manas asks him to bring Tanya so that there is an equal number of males and females to enjoy Couples Day.

In tonight’s episode, Manas tells Vaidehi that the idea of taking the contact details from Baba’s mobile is good but they need to be careful and alert as Baba does not leave his mobile. While they are talking, a mobile starts ringing and to their surprise, its Baba’s mobile which is kept unattended. Both of them run to pick up the phone and see that a person named Suleman is calling Baba. The moment they are about to receive it, Baba comes there and takes his mobile back.

Next morning, Manas asks Baba about Sulu Atya. He then corrects him that she is his Mavshi and not Atya. Manas corrects himself and asks the same question again. Before answering his question, Baba asks him if he will end his friendship with anyone if he grows old. Manas gets his point and tells him that he is convinced by Baba’s answer. He then supports Baba saying, he is doing nothing wrong. Out of curiosity, Manas asks Baba about Sulu’s story.

On the other hand, Aai has a doubt that Baba will manipulate Manas and get details of their plans. Vaidehi assures Aai that Manas has gone to talk to Baba and he won’t take Baba’s side no matter what. In reality, Manas is listening to Baba’s story about Sulu who was the heartthrob and being the most beautiful girl in the college, every guy was her fan. Later that day, Manas and Vaidehi get ready to go to RBK as they have a party.

Phulpakhru 25 May 2019 Preview: Manas And Vaidehi Have A Great Time At The Party