In tonight's episode, Revati requests Manas to accompany her to RBK and have a coffee. 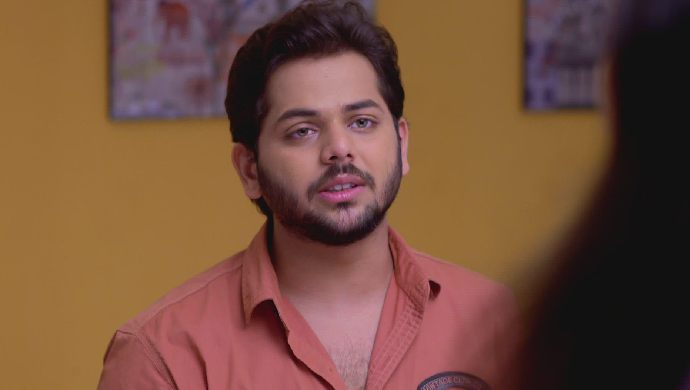 In the previous episode of Phulpakhru,  Sameer calls Revati to ask where they have reached. She tells him that their car broke down and the mechanic is repairing the car. She also mentions that Manas in a romantic mood and doesn’t want to come to the meeting. A few moments later, Revati tells Manas that she has a sprain in her leg and asks him to bring her a coffee. After having coffee, Manas realises that Revati is trying to come close.

In tonight’s episode, Revati requests Manas to present poem. The latter says that he will do it only if she agrees to leave the place and return home. While Manas is presenting the poem, Revati records his video saying that she will send it to Vaidehi.

Meanwhile, at home, Supu and Tanya bring ice cream for Vaidehi and Atya. Atya says that she won’t have the ice cream because she is already not well. She decides to apologise to Supu, but just then, he gets a call from his friend and he tells everyone that he has to leave immediately. Later, Vaidehi catches Atya having ice cream in the kitchen just because Supu had insisted her to have it.

Revati asks Manas if he will accompany her for coffee once they reach RBK. She takes him to her bedroom and says that it’s not an official time to wait in the cabin or office that is why she brought him inside her bedroom. Revati secretly messages Sameer that Manas wants to spend some time with her at RBK and requests him to join them soon. Sameer gets puzzled about Manas’ behaviour and is on his way to reach RBK.

Phulpakhru 25 September 2019 Preview: Revati To Blame Manas For Molestating Her?