Baba learns that Kaminikant is an identity created by Vaidehi and Aai to stop him from meeting Sulu. 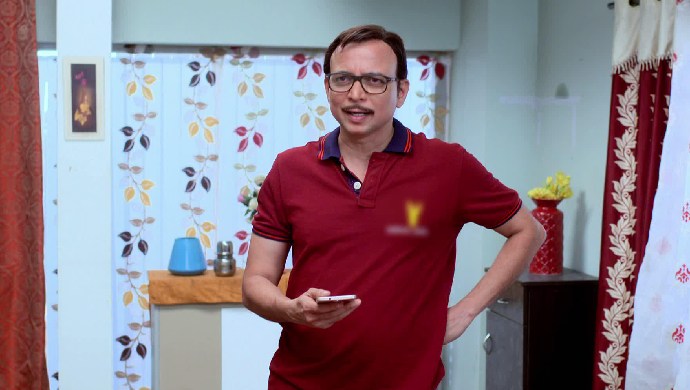 In the previous episode of Phulpakhru, Aai goes on the terrace and acts as if she is talking to her friend, Kaminikant. Baba who is standing next to her gets suspicious and tries to hear their conversation. When he gets a call from Sulu, he asks her to wait as he is busy listening to Aai’s conversation. Later, Aai notices that Vaidehi is upset about something. Upon asking the reason, Vaidehi shows the divorce letter to Aai.

In tonight’s episode, Aai hears Baba’s conversation about Kaminikant with Sulu. He tells her that he has checked the mobile but it seems she has hidden the contact number because he is unable to find it. Knowing that Baba is checking Aai’s mobile, Sulu gets angry and scolds him for doing such things.

Later, when Aai goes to her bedroom, Baba comes there and secretly keeps the mobile where it was. Just then Aai gets a call from Vaidehi and acts as if she is talking to her friend Kaminikant. Hearing this name, Baba gets alert and tries to hear their conversation. Seeing that Baba in interested in the talks, Aai asks her friend to disconnect the call and tells him that she will call back later. A few moments later, Aai goes out and Baba sees Aai’s mobile left unattended. He then checks for the last received call and surprisingly its from Vaidehi.

He gets confused and calls Vaidehi through Aai’s mobile. Before he could utter a word, she reveals that she is Kaminikant. Baba then learns that it was Vaidehi and Aai’s plan to stop him from meeting Sulu. Later that day, Baba comes downstairs while talking to Sulu. He asks Sulu if she is free today as he is planning to meet Kaminikant and then the four of them can enjoy together. Listening to this, Vaidehi and Atya get worried about their plan.

How will Vaidehi arrange for a fake Kaminikant? Keep watching the show to find out!

Phulpakhru 26 June 2019 Preview: Baba To Trap Vaidehi And Aai In Their Own Plan?