Shubham asks Vaidehi if he can come to wish her at home, Manas then tells Vaidehi to let him come as he has a plan for him. 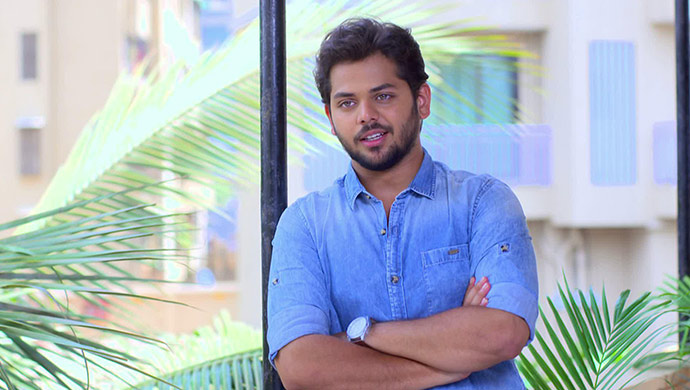 In the previous episode of Phulpakhru, Vaidehi gets surprised to see her father Raosaheb on her birthday. She then comes to know that it was all arranged by Manas as he knew that she was missing her father. Raosaheb tells her that he needs to leave as he has a meeting in Singapore. Hearing this, Vaidehi gets upset but then, Raosaheb promises her that he will plan a vacation and stay with his daughter soon.

In tonight’s episode, Shubham calls Vaidehi to wish her on her birthday. He asks Vaidehi about her plans and she tells him that she has no plans and will be celebrating at home only. Shubham then tells her that he will come to her house to wish her. Vaidehi is about to ask him not to come but then Manas tells her to allow him to come home as he has a plan for him.

Sameer and Tanya come home and all of them are having lunch together. While having lunch, Manas tells everyone to get ready as Shubham is coming to wish Vaidehi at home. He shares his plan to make a fool of Shubham before everyone. Just after lunch, Manas goes to the balcony and waits Shubham so that he can inform everyone as he comes.

As soon as Shubham enters the house, Sameer blindfolds him and Vaidehi tells Shubham that they are playing a game in which he has to guess where Vaidehi is and only then he can wish her. Shubham agrees to play with them but Vaidehi makes a fool out of him by moving from one place to another. Just when he is about to make the right guess, Manas comes in between and manages to fool Shubham.

Later that day, Manas’ parents come to surprise Vaidehi on her birthday. Seeing them, Vaidehi is happy.

Will Shubham take this insult lightly? Or will he get angry and do something worse? Keep watching to know more.

Tune into ZEE5 to watch the season finale of Karenjit Kaur: The Untold Story of Sunny Leone.

Phulpakhru 27 April 2019 Preview: Will Manas' Father Surprise Him Or Get Shocked?