In tonight's episode, Revati hands over the papers of RBK to Sameer and tells him that she is leaving the country. 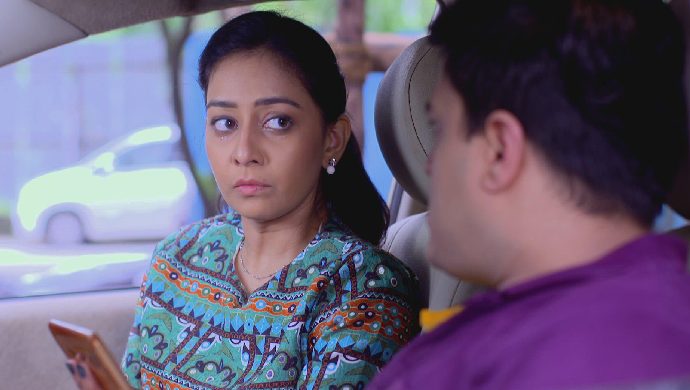 In the previous episode of Phulpakhru, Manas asks Revati if he can leave home because it is already too late. The latter allows him but asks for a selfie before he leaves. Revati tries to pose closely with Manas but he chooses to stay away.  Sameer reaches RBK and sees Revati crying. Upon asking the reason, she says that Manas tried to molest her. Hearing this, Sameer gets infuriated and slaps Revati for lying about Manas.

In tonight’s episode, Revati calls Sameer and asks him to meet her at least for five minutes as she wants to show him something. On the other hand, Manas tries calling Sameer but he is unable to talk to him because the latter is busy talking to Revati. Vaidehi tells him to relax and get ready to go to the office.

Later, Revati hands over papers of RBK to Sameer and tells him that she is leaving the country and she wants him to be the owner of RBK. Sameer gets shocked to hear this and asks Revati to calm down. She tells him that Manas has done a mistake but she also knows that she cannot prove him wrong which is why she has taken the decision. She also shows him a picture of Manas where he is seen looking at Revati. Little does Sameer know that Manas was irritated at Revati while clicking the picture.

Gaurav comes near Manas’s home with a girl and tells her that he owns the bungalow. Just then, Vaidehi meets him and tells him that Atya is at home. Sameer reaches RBK and he is still thinking what Revati told him about Manas. He is confused and unable to decide who is right and who is lying. When Manas reaches RBK, he asks Sameer why was he not answering his calls but the latter asks what happened the previous night.

Want A Date With Saie? Here’s All The Info About The Actress You Need To Know!