What exactly has he planned for her? Find out! 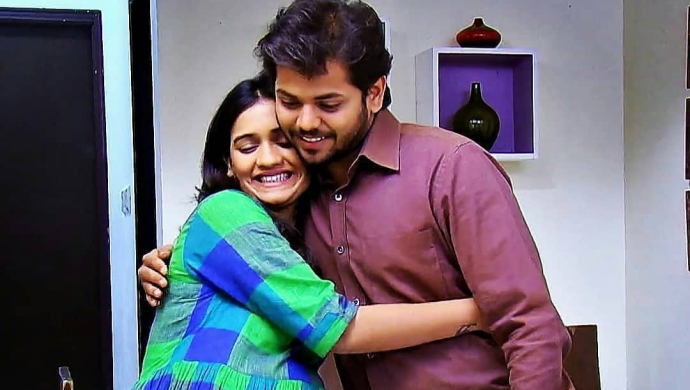 In the last episode of Phulpakhru, we saw that Manas surprises Vaidehi by calling her father home. However, he says that he won’t be able to stay for long since he has to go to Singapore. He leaves, which upsets Vaidehi. Later, Shubham calls her to wish her for her birthday and says he wishes to see her. Vaidehi tries to stop him from coming but Manas says that she should call him as he plans to teach Shubham a lesson. The episode ends with Manas making fun of Shubham and embarrassing him. In the latest episode, we saw Vaidehi being surprised again, this time by both his parents!

Manas’ parents fly in for her birthday and spend time with her, Manas and their baby. Meanwhile, Sameer spends a few romantic moments with his girlfriend. He tries to get intimate with her but she maintains that they aren’t married yet hence should keep a distance. Manas takes Vaidehi for a romantic dinner where he has another surprise for her. He takes her to a room which is filled with balloons and pictures of her. The episode ends with Vaidehi getting emotional and thanking Manas for his efforts.

What do you think will happen next? Is there another surprise coming Vaidehi’s way? Stay tuned to find out!

Catch all the episodes of Phulpakhru, streaming for free on ZEE5.

What Is The Secret Behind The Mrutyunjay Bungalow? Watch Ek Ghar Mantarlela On ZEE5!

From Sai Tamhankar To Siddharth Chandekar, Check Out Our Version Of Avengers: Endgame