In tonight's episode, Revati gets successful in manipulating Sameer and breaking the friendship between him and Manas. 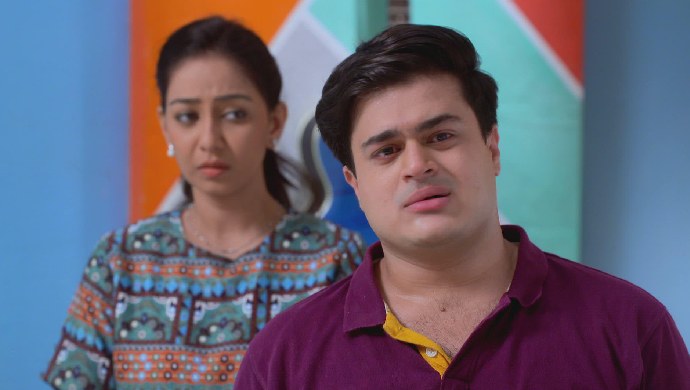 In the previous episode of Phulpakhru, Revati calls Sameer and asks him to meet her at least for five minutes as she wants to show him something. Later, Revati hands over papers of RBK to Sameer and tells him that she is leaving the country and she wants him to be the owner of RBK. Sameer gets shocked to hear this and asks Revati to calm down.

In tonight’s episode, Manas comes to RBK and notices that Sameer is upset. Upon asking the reason, Sameer questions him what happened on the previous night. The latter tells him that their car broke down and they were already late so they decided to return home. Sameer then asks him what did he do it Revati.

Hearing this, Manas gets shocked and asks Sameer to come along and clarify in front of Revati. Sameer is so manipulated by Revati that he stops Manas from talking to her. He says that no girl will accept it in public and as a married man he should feel guilty for his action. This infuriates Manas and leaves RBK. Revati calls Sameer in her cabin and says that she knew Manas will never forget his fault. She then reminds him of the video call where Manas had told Sameer that he doesn’t want to come for the meeting. Little does he know that Revati had asked him to lie.

Meanwhile, Gaurav brings his friend home and introduces her to Atya. He tells his friend that he owns the bungalow and Atya, Manas and Vaidehi are tenants. Atya gets angry and asks Gaurav to stop lying. Gaurav hints his friend that Atya is mentally unstable and she sometimes forgets that she is a tenant here and Gaurav is the real owner.

Yuva Singer Ek Number: Animesh Thakur Will Make You Fall In Love With His Voice