In tonight's episode, Revati sees Tanya from a distance and suddenly hugs Sameer for no reason. But to her surprise, Tanya doesn't react on it. 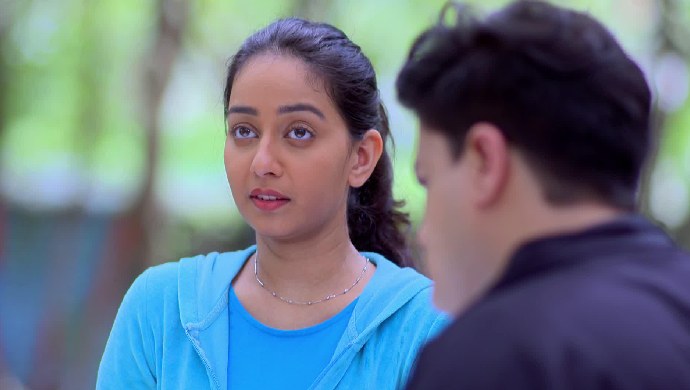 In the previous episode of Phulpakhru, Supu comes home to take his documents. Atya makes tea for him and apologises to him for her mistake. At RBK, Jyoti informs everyone that they are having an activity to select the Best Performer at RBK. Revati calls Kelkar in her cabin and asks him to be nice with Manas because it is necessary for their next plan. Later that day, Sameer and Gaurav come at Manas’s place for dinner. Sameer avoids Tanya and talks to Atya and other people.

In tonight’s episode, Vaidehi starts preparation for Ganesh Utsav by cleaning the house. She tells Atya that she is very excited about the festival. Later, she tells Manas to book the Ganpati idol while going to office or else it will be a problem.

Meanwhile, Revati and Sameer meet in the jogging park and she tells him that they celebrate Ganesh Utsav at RBK. On hearing this, Sameer gets excited and says that even Manas brings Ganpati at home. The latter gets an idea and tells Sameer that she wants him to do the pooja. Sameer gets confused about how will he be able to attend both the poojas at the same time but then Revati requests him and he agrees.

A few moments later, Revati sees Tanya and suddenly hugs Sameer. Tanya comes there and casually asks them if they want to join and leaves without creating a scene. Later that day, Tanya tells Vaidehi and Atya that she saw Sameer and Revati hugging each other but she felt as if Revati did it intentionally after seeing her.

At RBK, Manas notices that Sameer is avoiding him. Upon asking him the reason, the latter says that he won’t be able to attend the Ganpati pooja at his home because he promised Revati that he will perform the pooja at RBK.