In tonight's episode, Manas tells Revati that he has come back to give her the cheque and he won't ever join RBK again. 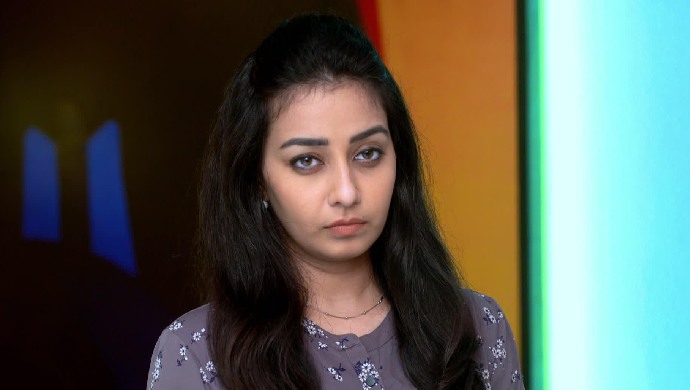 In the previous episode of Phulpakhru, Revati comes outside of her cabin and sees that Sameer and Manas are missing. She asks Jyoti about them and she says that Sameer has gone to talk to his friend. Taking advantage of this opportunity, Jyoti instigates Revati against Manas and Sameer by saying that they don’t respect her nor do they value RBK. After listening to Manas, Vaidehi supports him and asks him to relax.

In tonight’s episode, Vaidehi comes to the bedroom and sees that Manas is talking in his sleep about Revati. She then wakes him up and asks him to calm down. She later reminds him that it is their marriage anniversary and gives him an envelope which has a cheque of Rs 10 crore. Manas gets shocked and tells her that he cannot accept it. Vaidehi assures Manas by saying that as far as she knows Revati, she won’t accept the cheque because she cannot afford to lose a talent like him.

Next day, Baba, Aai and Atya bless Vaidehi and Manas for their wedding anniversary. Manas gets ready to go to the office and give the cheque to Revati. Before leaving for RBK, Vaidehi tells Manas to keep calm and face the situation patiently.

When Manas reaches RBK, all his colleagues are happy to see him back except Jyoti. She comes there and taunts Manas for coming back to RBK but little does she knows that he came there to give the cheque and resign from RBK. Manas without saying anything goes directly to Revati’s cabin. Seeing Manas in her cabin, she thinks that he came back to join RBK. She then asks him to call the owner of the jewellery shop and apologise to him.

Manas interrupts her and hands over the cheque to her. Seeing this, the latter gets shocked and Manas leaves the place.

Watch Date With Saie, A Story Of A Maniac Fan Posing Threat To The Actress

Vartul's Vikram Shares A Heartfelt Message As The Show Wraps Up