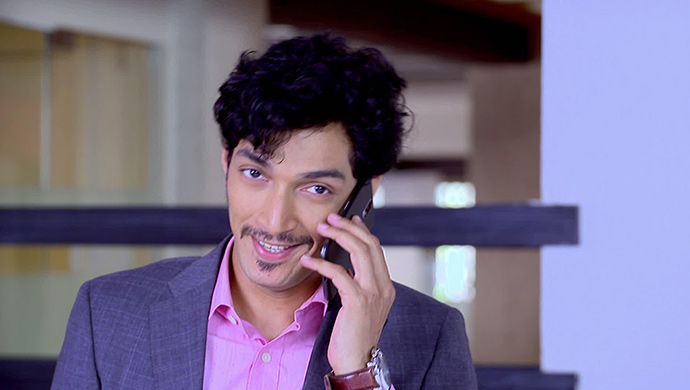 In the latest episode of Phulpakhru, Tanya and Sameer are having a romantic moment but it is interrupted by Manas. Sameer’s musician friend who he was supposed to send Manas to, isn’t there at the office. Then, Sameer stops Manas from going to Atya’s room as Tanya is hiding there. But, Manas still goes to the room and he is chased by Sameer. Then, Manas comes down where Tanya is at the door. She pretends that she has just come.

Manas confesses that he knows Tanya was hiding here as he had seen her shoes. He tells them it is okay as everything is fair in love. Then, he tells that he is leaving for some work as he wants to give them some time alone. Manas thinks about all the funny things happened with Sameer and Tanya right now. At home, Sameer and Tanya are discussing about their love and relationship. They both confess that they love and respect each other too much. She is happy that Sameer didn’t lose his control.

Subham asks Vaidehi to accompany him to Chandani Chowk. When she refuses, he tries to emotionally blackmail her. But, she goes with him finally. Vaidehi and Atya are happy that they got an opportunity to visit Delhi. Meanwhile, Shubham tells Rane that his plan has just started. Since Vaidehi is Raosaheb’s daughter that is why she has to see the things that he will show her. Sameer tells Manas that he didn’t want to take advantage of Tanya. They will do everything at the right time. Meanwhile, Shubham tells Vaidehi that after this project they won’t be meeting any further. Viadehi replies they stay in the same city and belong to a similar field so they will definitely meet. On the other hand, Manas’ voice is liked by RBK Music Company and they want to record an album with him

What will happen in the next episode? Let us know your thoughts in the comments below.

Why Did Suyash Tilak Agree To Do Ek Ghar Mantarlela?