Baba who use to prefer wearing kurta and pyjama is now seen in t-shirt and shorts. 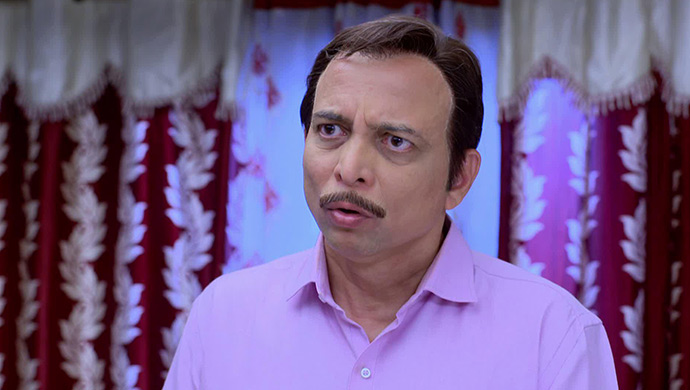 In the previous episode of Phulpakhru, Vaidehi assures Aai to keep calm as Baba will return soon. She calls Manas to inform him about Aai’s situation and tells him to come home as soon as possible. At night, when Baba returns home, Vaidehi doesn’t recognise him because of his funky headphones and sunglasses. Later when he looks at her, she gets surprised. He then asks everyone to calls him Nand instead of Sadanand as it is too lengthy to pronounce.

In tonight’s episode, Manas and Sameer leave from RBK office. Just then Sameer remembers that he has to withdraw cash from an ATM. They both start searching for it on their way but do not find any. They decide to stop the bike and ask someone about it. Sameer sees an old guy and calls him Kaka(uncle). The old guy replies that he is not his kaka as if he wants to ask anything then he should call him Dada(Brother) and leaves.

At home, Baba tells Aai that she should also become modern just like him. He takes her to their bedroom and asks her to shut her eyes for a moment. When she opens her eyes, she sees Baba holding a small dress in his hands. Upon asking for whom is it, he tells her that he has a brought it for her as a gift. Listening to him, Aai gets shocked.

Manas and Sameer reach home and see that Vaidehi is in a state of shock. She tells them how Baba has changed and asking everyone to call him Nand instead of Sadanand. Sameer immediately bursts into laughter and teases Manas saying he had predicted it already. Manas tells him to stop it as the matter is becoming serious day by day. Within a few moments, Aai comes downstairs with Atya. Manas asks her what has happened to Baba and she tells her to go and see it himself. Just then Baba comes downstairs and seeing him in shorts and t-shirt everyone gets surprised.

Phulpakhru 31 May 2019 Preview: Who Is Baba Chatting With Late At Night?