In tonight's episode, Manas tells Sameer that due to some problem, they will be bringing the Ganpati at 7 am instead of 10. 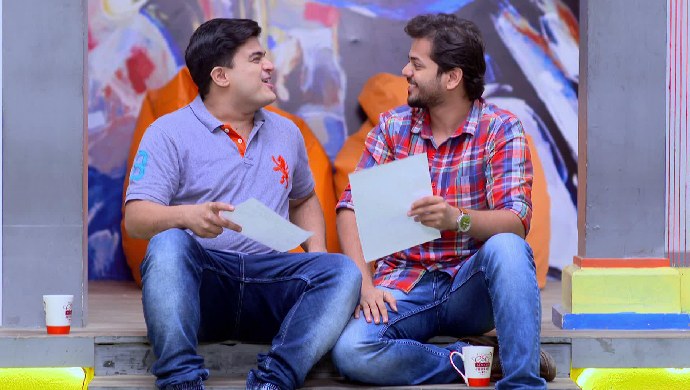 In the previous episode of Phulpakhru, Revati tells Sameer that she wants him to do the Ganpati pooja this year. Sameer gets confused about how will he be able to attend Manas’s pooja’s and the one in the office at the same time. Revati requests him and he agrees. At RBK, Manas notices that Sameer is avoiding him. Upon asking him the reason, the latter says that he won’t be able to attend the pooja at his home because he promised Revati that he will perform the one at RBK.

In tonight’s episode, Supu comes home to meet Tanya and Atya tells him that they have gone to the temple and will return anytime soon. Atya makes tea for him which reminds him of his mother. At RBK, Sameer is wondering how he will manage the situation. Manas asks him to relax and stop being stressed. Just then, Revati announces that Sameer is going to bring the Ganpati this year.  Later, Manas and Sameer are filling the form that Jyoti gave them. Manas feels that this is Revati’s idea to know what everyone thinks about RBK so that she can plan further.

The Pandit who is going to do the Ganpati Pooja comes home and tells Atya and Vaidehi that due to some reasons he won’t be able to come at 10 in the morning. He tells them that he can either do the pooja at 8 in the morning or at 3 pm. Vaidehi calls Manas and he decides to bring Ganpati early in the morning. Manas then goes to Sameer and tells him that his problem has been solved. He tells him that due to some reasons they will be bringing Ganpati earlier so he will be able to attend Manas’ Ganpati also be there for RBK’s pooja.

6 Times The Cast Of Phulpakhru Gave Us Friendship Goals