Vaidehi brings the divorce letter and gives it to Atya. After reading the letter, Atya smiles and says that she had expected this. 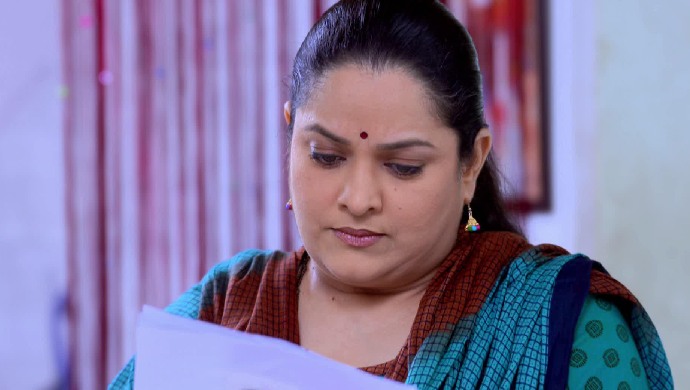 In the previous episode of Phulpakhru, Baba gets upset after hearing about Atya wedding anniversary and goes to his bedroom. Manas also leaves for office without saying much. Atya asks Vaidehi if she said anything wrong. Later that day, Vaidehi requests Baba to tell the news to Atya but he refuses to do so. Vaidehi then calls Manas and tells him that Baba is not ready to tell Atya about the divorce notice.

In tonight’s episode, Mugdha tells Tarana that he shouldn’t bring her tea or coffee as they are friends and it becomes awkward to order. Tarana says that serving tea and coffee is his job and that is what he is paid for. About friendship, he suggests her to break the friendship because he won’t stop doing what he is supposed to do.

Baba asks her how can she be fine with it because this is going to end her relationship with her children and her husband. Atya says that she will surely miss her children because she is a mother but this was her punishment for leaving her children. Atya then goes to the kitchen saying she is feeling hungry and starts crying. Manas is about to go in the kitchen but Baba stops him and asks him to let her cry because she needs to get it out of her system.

Will Atya go back to her husband and kids? Let us know your thoughts in the comments below.

Phulpakhru: 5 Ways In Which Atya Can Overcome Her Divorce Stress

Phulpakhru 5 July 2019 Preview: Why Did Baba Ask Atya To Get Out Of The House?