In tonight's episode, Sameer, Revati and others bring the Ganpati idol at RBK. 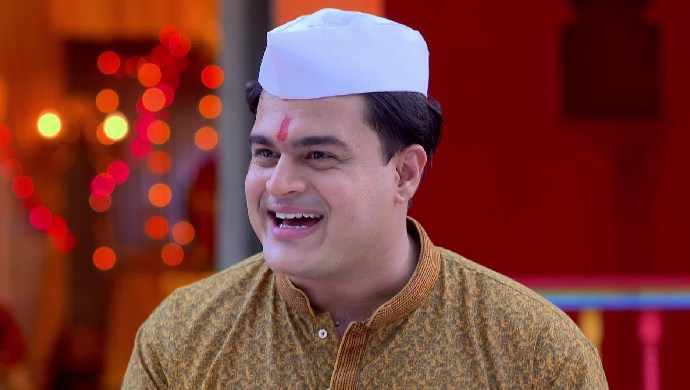 In the previous episode of Phulpakhru, Revati announces Sameer as the best employee but the latter reveals that he had switched his form with Manas. He then announces that according to the selection, Manas is the real winner. Seeing this, Revati gets annoyed and goes to her cabin. Baba calls Manas to inform him that Aai is not well. He tells him to send Atya to be with Aai. Next day, Manas, Sameer and Vaidehi go to bring Ganpati home.

In tonight’s episode, everyone is excited to celebrate Ganeshotsav at RBK. Mugdha, Khatarnak and others are seen wearing traditional clothes. Jyoti reminds Revati that they have to go to bring the Ganpati idol in some time. She tells her to call Sameer and ask where he is.

On the other hand, Sameer is busy in the pooja at Manas’s house which is why he doesn’t answer Revati’s call. A few moments later, he tells Revati that he is on the way. Sameer, Revati and others bring the Ganpati idol and Manva, Saie and Nachiket join them.

At home, Supu comes at Manas’s house to seek blessing from Ganpati. While talking, Manas notices that the latter is looking out for someone. Upon asking if he is looking for anyone, he says that he is afraid of Atya because every time he comes home, she welcomes him with one or the other weapon.

After the pooja, Sameer gets a call from Manas and he asks him to come for lunch. Sameer says that there is a problem but latter and Vaidehi force him to come without listening to anything.