Baba comes downstairs holding Atya's hand and asks her to leave the house. 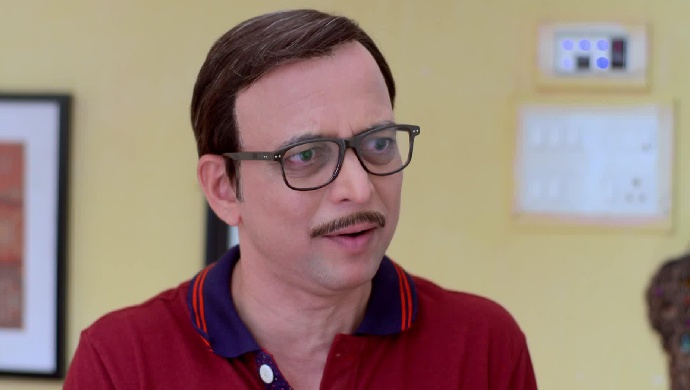 In the previous episode of Phulpakhru, Manas tells Vaidehi to give the letter to Atya. After reading the letter, Atya smiles and says that she had expected this one long back. Her reaction surprises everyone. She then goes to the kitchen and cries. At RBK Sameer gives love advice to Khatarnak to attract Jyoti.

In tonight’s episode, Atya makes poha for everyone and asks them to have it. Seeing that everyone is surprised, she says that what was supposed to happen has already happened and they cannot undo it. She then requests all of them to move on just like she did.

Later that day, Atya comes to Baba and says that she wants to talk to him and asks him to come to her bedroom. She asks Baba if he will allow her to stay with Manas and Vaidehi after her divorce. She assures him that she will never complain about anything and in case he wants her to move out then she won’t feel bad for it either. Hearing this Baba gets angry.

Manas comes home and learns that Atya and Baba are discussing something serious. Just then Baba comes downstairs holding Atya’s hand and asks her to leave the house right away. He then blames Aai and himself for being careless. He also blames Manas and Vaidehi saying they do not deserve to be called as nephew and daughter-in-law. Upon asking what has happened he says that Atya asked him if she can stay with them in the house after divorce. Atya immediately apologises to Baba and he tells her that she is a part of his family and she can stay with them forever.

The next day, Manas gets a call from Sameer saying Tanya has cut her hand with a blade. When Sameer reaches the place where Tanya had called him he sees no one. Just then Tanya comes from behind and tells him that she lied to him about cutting her hand because he didn’t answer her messages.