In tonight's episode, Manas tells Sameer that he won't let Revati create misunderstanding between them. 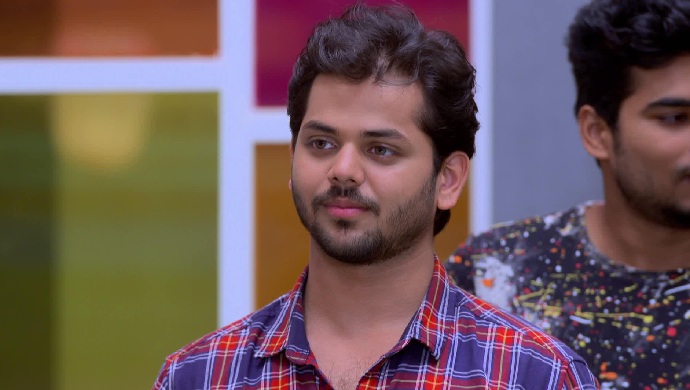 In the previous episode of Phulpakhru, Vaidehi tells Manas that she is having a feeling that something bad is going to happen and asks him to stay safe. Manas holds her hand and takes her near Ganpati. He says that whatever problems came in his life, he was able to face them because she was always there to support him. Sameer requests Revati to wait for a few moments since Manas has not yet reached office. Revati starts the countdown and Manas reaches office just in time.

In tonight’s episode, Sameer’s team defeats Kelkar’s team and as a result, they get out of the competition. Revati tells everyone that the competition is not over yet. She then asks Manas and Sameer to compete against each other and announces that the one who loses the game will have to serve coffee to everyone.

Manas goes to Sameer and whispers that this is yet another plan of Revati to break their friendship. As the competition starts, Manas hints Sameer and intentionally pushes his tower of cups and lets Sameer win the competition. Revati starts clapping for Sameer but the latter tells her that he may have won the competition but the real winner is Manas. Revati gets confused and asks everyone to start the preparation for the aarti.

Later that day, Revati calls Kelkar and Jyoti inside her cabin and asks them what exactly happened during the competition. Kelkar reveals that Manas had indicated Sameer about his action and he saw it. She then asks Jyoti to explain her next plan to Kelkar so that they can start.

Phulpakhru 9 September 2019 Preview: Sameer Refuses To Do The Pooja