Manas comes up with a new song and dedicates it to Sameer and their friendship. 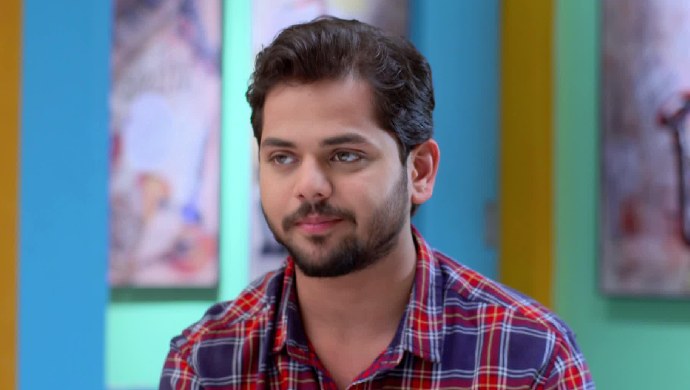 In the previous episode of Phulpakhru, advocate Sakhalkar sends his subordinate to inquire about Atya’s reply. Later that day, Atya comes home after meeting the advocate and tells everyone that she signed on the divorce papers. Hearing this everyone gets shocked, especially Baba. At RBK, Jyoti continues to poison everyone against Manas and Sameer for their irresponsible behaviour.

In yesterday night’s episode, Manas calls Revati to inform her about his idea of creating a new song based on friendship that he will dedicate to Sameer. She tells him that she has no problem with him dedicating the song because she only expects it to be the best.

Later that day, Sameer meets Tanya and thanks her sarcastically for not creating a new scene to meet him. She then tries to convey her feelings and asks him to spend time with her as they use to do before. Sameer tells her that he is busy with a lot of work and he cannot afford to do that.

At RBK, Manas discusses the new song with Revati and requests her to keep it a secret from Sameer as he is planning to surprise him. She then calls Jyoti and gives her the responsibility to keep Sameer busy so that he won’t get to know about the song. When Jyoti comes out from the cabin she sees Tarana and Mugdha talking to each other. She immediately asks Tarana to bring tea for her and stop wasting time in the office.

At home, Vaidehi, Aai and Atya laugh at Baba situation because they have started communicating through signs. Later, Atya sees Vaidehi taking important decisions over a phone call while doing the household chores. She then tells Vaidehi that she feels proud of her for being a successful housewife, businesswoman, daughter and mother.

Hruta Durgule Over The Moon After Seeing A Sketch Of Her Made By A Fan, Pic Inside