Phulpakhru: What Is Revati’s Role In Manas And Vaidehi’s Love Story?

Revati is shown as a very practical and career-oriented person. 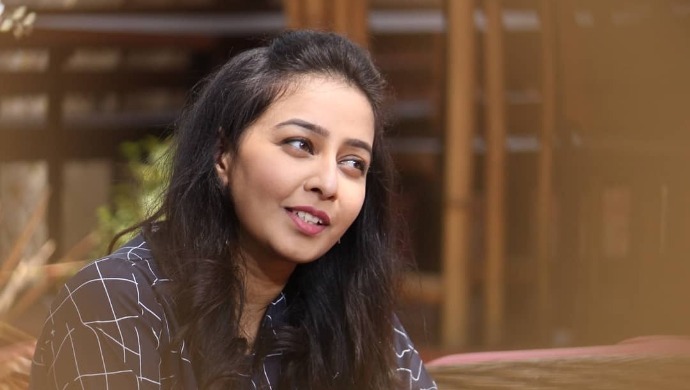 Phulpakhru is one of the most popular shows amongst the youth. Manas and Vaidehi’s love story is something that the audience loves to relate to. Two new characters, Revati and Shubham have entered the show and trying to create problems for the couple. Shubham met Vaidehi at a conference thinks Vaidehi’s father Raosaheb betrayed his father in business. Shubham has entered the show to take revenge by creating problems in Vaidehi’s life.

Another person who entered in Manas and Vaidehi’s life is Revati played by the actress Rupal Nand. Revati met Manas during his book launch as a journalist. Later we came to know that Revati wasn’t a journalist but the managing director of a music company. While we are sure that Shubham has entered to create problems in Vaidehi’s life, Revati’s intentions are still a secret. She is seen being rude to Manas while sometimes, she makes it clear that she no grudges against Manas.  While talking about the character, Rupal told a leading daily, “Revati is very practical and a career oriented person. At this stage, I can’t say that my character has a grey shade but Revati is such a person, who can cross any limits to reach her goal.”

When asked about what new problems will Manas have to face because of Revati, the actress laughed off saying, “Even I am not sure about this. Only the upcoming storyline will reveal, the role I play in Manas and Vaidehi’s love story.”

This is a sign that Manas and Vaidehi are going to have a tough time with these two new characters. What do you this about this revelation? Let us know in the comments below!