Phulpakhru: Will Sulu Be Able To Clear Aai’s Misunderstanding?

In Phulpakhru, Aai caught Baba and Sulu hold hands in private. This makes her angry at Baba thinking he is having an affair with Sulu. 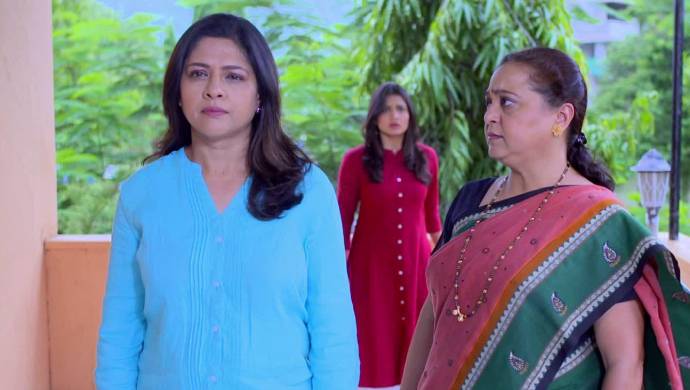 What would you do if your spouse is attracted to someone else? In this scenario, it is unimaginable to decide if you want to revolt against your spouse or let him be. However, this difficult situation is shown in Phulpakhru. In the recent episode, she spotted Baba and Sulu hold hands in private after a game of carrom. This moment unsettled Aai as she accused Baba of crossing a line in their marriage. Sulu ran after her to give an explanation. Will she be able to explain to Aai that she and Baba share a healthy friendship?

Taking a cue from Bollywood, Phulpakhru is getting dramatic with every passing day. As if the love triangle of Aamhi Doghi wasn’t enough, we see an older (and slightly mature) love triangle between Baba, Sulu and Aai. For all this while, we thought Baba and Sulu were great friends, but in the last episode, Baba hinted his feelings for her. In a family game of carrom, Baba asked Sulu a random question. On confronting him about this, he became hesitant about telling the truth. This made us wonder if Baba is awkward around Sulu because he has some unsaid feelings for her.  Aai, who witnessed this moment, was hurt by her husband’s actions. Sulu, then followed Aai to the upper room to have a candid conversation with her.

In today’s episode, we can’t wait to see the chat that Aai and Sulu have. As Sulu is set to go abroad, we hope the ladies make peace with each other. More importantly, the truth of Baba’s real feelings for Sulu is set to be unveiled today. Like we said earlier, the drama in Baba, Aai and Sulu’s life is worth all the wait.

We would love to know in the comments section if you think we are going in the right direction with our assumptions.

If you are craving for some more family drama, check out Vartul streaming free on ZEE5.

Saajana Weekly Update: Ankush Has An Evil Plan Against Rama

5 Things Every Last Bencher Will Relate To From Boyz