Phulpakhru’s Revati Aka Rupal Nand Suprises Us In A Bridal Avatar!

You will be surprised seeing Rupal's makeover! 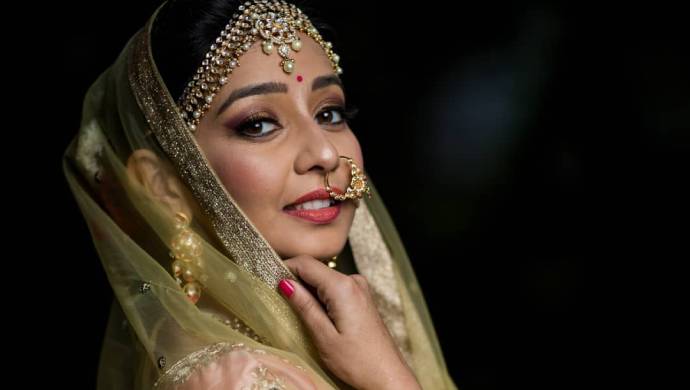 We wouldn’t be surprised if Phulpakhru’s Revati turns out to be the most hated person currently on Zee Yuva. After she went behind taking revenge on Manas, the situation spiralled out of control. The fans of Phulpakhru loyally had Manas’ back as they slammed Reavti’s allegations on Manas. She falsely accused Manas of molesting her but these allegations were proven false after Vaidehi stood by Manas’ side and proved his innocence. However, this was part of the onscreen drama as the actress Rupal Nand did a fantastic job with her impressive acting. But, did you know, along with acting, she is quite a fashion-savvy person in real life? Have a look!

You might have witnessed a mean side of the Phulpakhru actress Rupal in Revati’s role. However, Rupal has a completely different persona in reality which only goes to show her prowess in acting. On her social media, the actress is always seen sharing the fun she has on the sets of Phulpakhru. This time, she surprised us by posting pictures of herself in bridal wear for the first time. In the bedazzled peach lehenga, Revati made a beautiful bride. Along with this, the actress also wore heavy jewellery which complimented her whole get up.

To go along with this picture, Rupal got emotional in the caption as she expressed how difficult it is for the parents to let go of their child after the girl gets married. This candidness was very much appreciated by her fans! After seeing this look, has Rupal changed your perspective of her? Let us know your thoughts in the comments below.

You Can Help Lesser Privileged People Like Manva Of Tu Ashi Jawali Raha!

Kaale Dhande: 5 Things Vicky Does In The Series That Most Youngsters Will Relate To

Phulpakhru: 5 Ways To Steer Away From Office Politics!