The Phulpakhru actress stole the limelight while donning a fuschia pink ruffled saree with a belt. 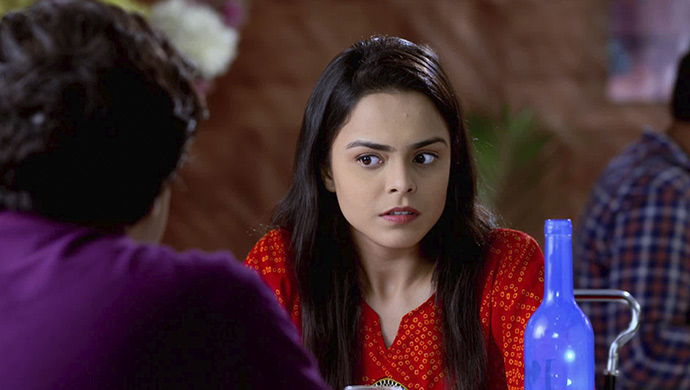 Most divas would approve that there can never be an unfashionable moment while wearing a saree. A saree, which was a staple during our Aai and Ajji’s generation, is making waves in the fashion world until today. While the initial process of learning to drape a saree can be hard, but it’s all worth the time. Just like us, even the Phulpakhru actress Trushna Chandratre is a huge fan of this attire. Through her social media recently, Trushna showed a new saree style that made want to document the moment. Take notes from her!

But, before you proceed ahead, watch an episode of Phulpakhru:

If we were to write about our affection for a saree, then, the essay would be longer than those nine yards. That is how much we love wearing this traditional Indian attire. Surprisingly, we were happy to see Trushna, who essays Tanya’s role in Phulpakhru, have a fashionable saree moment. In the picture, the actress was wearing a fuschia pink ruffled saree with a gold belt. Obviously, this type of sarees have been in the limelight since the very beginning of 2019. The best part about a ruffled saree is that you don’t have struggle with removing creases and making it look prim and proper. An unironed saree of this type looks equally chic. Speaking of which check out Trushna’s picture below.

We also loved how the Phulpakhru actress accessorised the whole look with a belt which can be very useful. A belt subtly clinches the waist and keep the saree pallu in check, while looking fashionable. After seeing the pictures, are you just impressed by Trushna’s whole attire as we are? Let us know your thoughts in the comments below.

5 Stylish Moments By Saajana's Teju Aka Saaniya Chaudhari That You Can Get Inspired By!

Saajana: Are You In Love Like Rama? Find Out With These 5 Signs!