The power couple from Phulpakhru fulfilled the wishes of their fans. 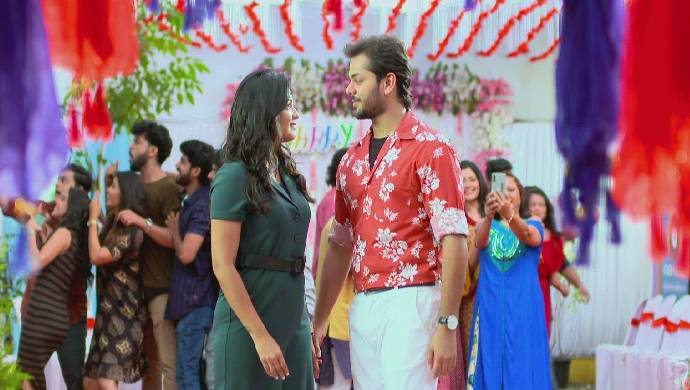 The coveted journey of Manas and Vaidehi in Phulpakhru might have ended onscreen but it hasn’t yet ended in the hearts of the fans. The people who followed Mandar Devasthali’s creation are still as much in love with #Mandehi as the first time when they set eyes on this power couple. Understanding this phenomenal response to their chemistry, Yashoman Apte had a surprise especially in store for his fans.

The Phulpakhru actor who plays the lead, Manas Rege, on the show uploaded two selfies taken alongside the co-star Hruta Durgule. In the photo caption, Yashoman revealed the speciality of these selfies. He said that these first and the last pictures were taken on the sets. Seeing this, it made the fans and us emotional remembering Manas and Vaidehi’s journey which we idolised for over two years. In this journey, we have laughed and cried as our favourite fell apart and came back together resolving their differences. Similarly, even in real life, Yashoman and Hruta share a tightknit friendship.

Yashoman and Hruta to have come a long way from being the people they once were. We have no doubt that being with Mandar Devasthali, who created hits like Abhalmaya and Vadalvaat, must have taught them. After reading this, we would love to know if you have missed the show as much as us? Let us know your thoughts in the comments below.

Meanwhile, for more entertainment, check out the latest episode of your favourite TV shows streaming free on ZEE5.

Anandi Gopal Review: This Lalit Prabhakar Starrer Is A Tragic Yet Inspiring Tale

Prem Poison Panga: Will Aalap Take His Proposal Back?