Planning To Work On A Play? Take These 6 Tips From Sex Drugs & Theatre

The ZEE5 original Marathi series created by Sujay Dahake is a masterclass in theatre. Here some tips you can take from the show! 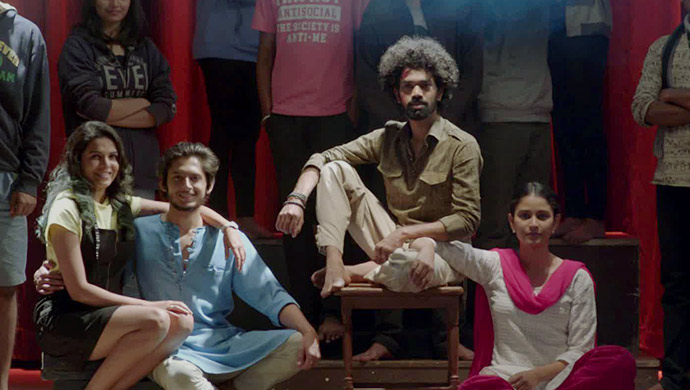 Acting in a play or even directing one, is no walk in the park. Unlike in films where actors can take retakes to perfect a shot, they get just one chance in theatre. Where subtlety is acceptable in films, everything needs to be overtly dramatic in theatre, which can be a difficult feat to achieve. But worry not, as ZEE5’s original Marathi series Sex Drugs & Theatre is a masterclass in theatre that you don’t need to attend or pay for, but simply watch and enjoy!

Watch the teaser of the series here.

As suggested by its title, Sex Drugs & Theatre revolves around these three topics and tells the story of six college students that come together to participate in a play. What binds them together is their close friend’s Rohit’s tragic death by suicide. Throughout the show, we see the actors which include Mitali Mayekar, Suyyash Zunzurke, Adish Vaidya, Shalva Kinjawadekar etc. giving viewers a lowdown into what it takes to act in or create a play. If you’re planning to participate in a play or direct one, take these 6 tips from the series:

Rewa, while preparing her actors for the play, stresses on the importance of method acting. She advises the students to study the character in depth and seek inspiration from their surroundings. She gives an example of playing a 70 year-old-woman and how students can watch their grandmother’s mannerisms and qualities, to imbibe the character.

As a director, it is important for you to make your team members enthusiastic and active. What helps is making them engage in certain physical exercises. In this case, Suraj is making his team members do a lap exercise.

It is vital for theatre actors to have loud and clear dialogue delivery, that can create an impact. Hence, indulging in vocal exercises helps a great deal. Here, Mukta makes her team members repeat a sentence first in their normal voices and then at a decibel which is twice as loud as their own voice.

4. Get rid of your inhibitions

It is important to be free and lose your inhibitions if you want a career in theatre. A free mind and soul helps in an actor giving a memorable performance. Here, we see the cast dancing their hearts out, during a practice session for the play.

To make your team members comfortable with one another, you should conduct an ice breaker session that should typically include a bunch of games, trivia, etc. Here we see the actors playing a game of ‘bang’ during their ice- breaker session.

6. Pay attention to the aesthetics of a set

Suraj reminds his team members that more than making a set “beautiful,” it is important to make it functional and easily accessible. A set of a play needs to complement the plot and appear as natural.

Which of these tips do you consider the most important? Tell us in the comments section below!

Catch all the episodes of Sex Drugs & Theatre exclusively on ZEE5.

Phulpakhru's Advait Kadne Shows Us Where His True Obsession Lies!