Jui and Aalap's can reanalyse their priorities and understand each other better. 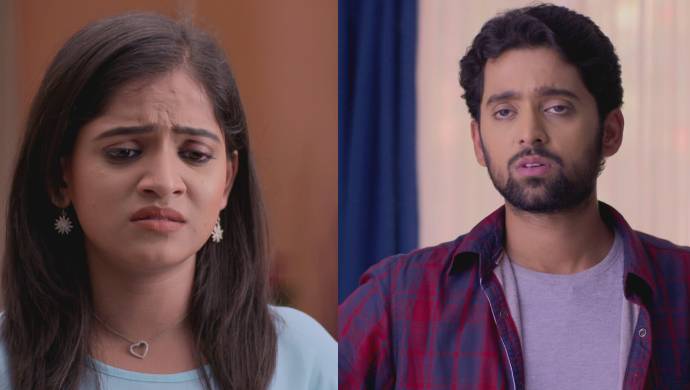 Jui and Aalap’s relationship has been on a shaky front for some time in Prem Poison Panga. The couple has been struggling to bring their families together which hasn’t been successful. At the same time, Jui and her family’s dark secret are keeping them from mingling with Aalap’s family. Recently, the situation became even more distressed after Aalap’s family were kept waiting by Jui’s parents in the market. This led to a misunderstanding between Jui and Aalap. So, looking at the silver lining of the situation, here are the reasons why we think Jui and Aalap’s separation could be for the best.

1. You learn about your self-worth

We love the feeling of being loved and cherished by the person who we are in the relationship. However, being on your own too has its perks. It teaches you to make decisions independently without outer influence. It pushes you to believe that your self-worth isn’t affected by someone’s validation, but rather it is built by what you think of yourself.

2. You become you emotionally stronger

It is rightly said, ‘What doesn’t kill you makes you stronger’. A breakup gives you a new-found reassurance that if you survive this phase, you can literally go through any hurdle which life throws at you. Sometimes, even you don’t know the emotional strength which you have hidden in you. It takes a break-up or separation to help you get there.

3. You understand empathy in a deeper way

After experiencing pain and loneliness in a deeper way, you can connect with people who are in a similar phase. This will make you kinder towards people who are suffering and need a hand to come out of this darkness. After Jui and Aalap get back with each other, they will be able to extend that empathy towards one another and people around them.

4. You don’t take happiness for granted

Living through the stormy nights can be difficult and hard on people. Once you are out of that phase, it will make you conscious of enjoying the time which you spend with your friends and family. You don’t take these moments for granted as you did earlier.

5. You mature through this breakup

Jui and Aalap will learn to value each other more when they reunite. They will understand what works and doesn’t work in their relationship. At the same time, they will prioritise their love over everything else in the world.