Prem Poison Panga: Aalap’s Father Has A Relationship Advice For Aalap! Video Inside

To win Jui's heart, Aalap is trying various ways which aren't helping. Finally, he sought his father's help who had a lot to say. 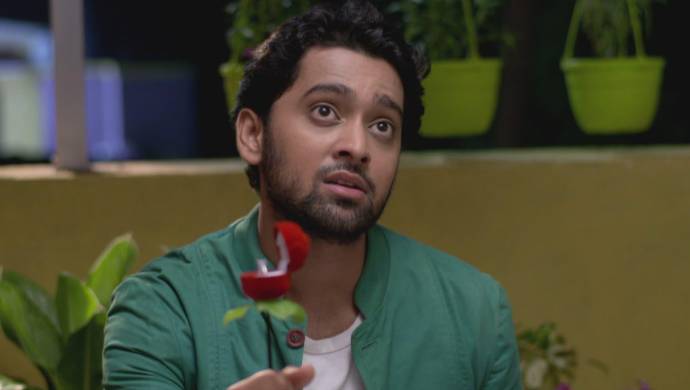 In case you missed it, Jui and Aalap have broken up in Prem Poison Panga. The obvious reason for their break up is Jui’s other side which Aalap doesn’t know of. Although Jui believes that their breakup is for the greater good, Aalap isn’t willing to accept that fact. He wants to win Jui back and is desperately trying to impress her again. However, all of his attempts have been failing. Finally, as his last retort, Aalap approached his father who gave him a solid piece of relationship advice. Let’s have a look at it!

Jui texted Aalap that she wants a break in their relationship. Aalap, who was prepared for this, called Jui but she didn’t answer his calls. Then, on his father’s advice, Aalap decided to get to go meet Jui. As his father said, texting and calling are very mechanical since it lacks ingenuity and real feelings. Taking a page from his father’s book, Aalap did go to visit Jui, but it didn’t work. A helpless Jui doesn’t have the heart to tell Aalap that she is an ‘ecchadhari nagin‘. Now, as Aalap begs Jui to take him back, Jui feels bad for his and her situation.

We wish Aalap’s father would give him better relationship advice. While Jui and Aalap are struggling, we would love to know what would you do if, in case, you were in Jui’s shoes? Tells us your thoughts in the comments below.

Naal Trailer Review: Srinivas Pokale’s Film Is A Tearjerker That Will Stay…

Almost Sufal Sampoorna: Will Appa Forgive Sai For Betraying Him?