Prem Poison Panga: Did Mr Bhole Turn Into A Snake To Save Jui?

As the wedding photographer asked Jui and Aalap to pose, Mr Bhole had to take the snake form. 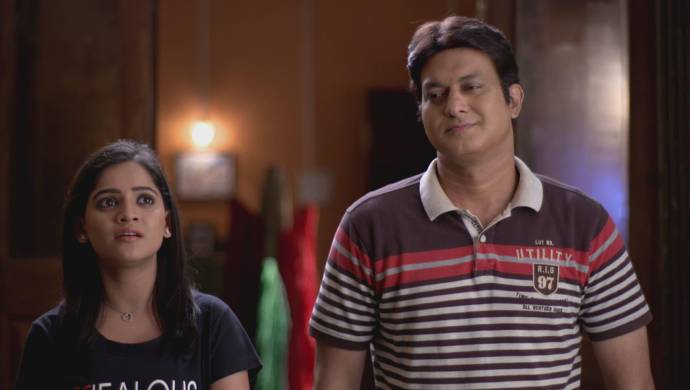 We have seen Jui and her family go to great lengths to protect their family’s secret in Prem Poison Panga. They know they will be punished if anyone around them comes to know that the Bhole family is snakes who have taken the human form. However, sometimes, the situation is such that the Bholes have no choice but to reveal their snake form in front of people. Like, when Aalap got a wedding photographer to Jui’s house, Mr Bhole had to transform into a reptile just to scare away the photographer. Read more details below!

Being an ‘icchadhari nagin’ comes with many downsides, one of them being not able to take a picture. If Jui or her parents are clicked in front of the camera, they will be seen as snakes instead of humans. Luckily, in the past, Jui has always stayed away from clicking a picture with Aalap. However, presently, without her permission, Aalap barged in her house with the photographer. The photographer, who is Prajakta’s brother, was excited to click Jui and Aalap while posing. But, before a tensed Jui could do that, Jui’s father turned into a snake and hid in the restroom. As the photographer went to the restroom, he panicked seeing the snake. He quickly summoned Aalap, who started screaming as he is scared of reptiles. As this chaos was unravelling, Jui’s father was nowhere to be seen. This made us believe that it could be Mr Bhole who notoriously scared Aalap and the photographer.

Jui and her mother breathed a sigh of relief to be saved from the situation for the time being. The Bhole family needs to find a permanent solution to their problem as Jui and Aalap’s big day nears. Do you think they will? Let us know your thoughts in the comments below.

Can You Guess Who Is Hruta Durgule’s Celebrity Crush?