Prem Poison Panga: Do You Agree With Aalap’s Mother’s View On Relationships Today?

We can relate to Aalap's mother. To know what she has said, check the details inside. 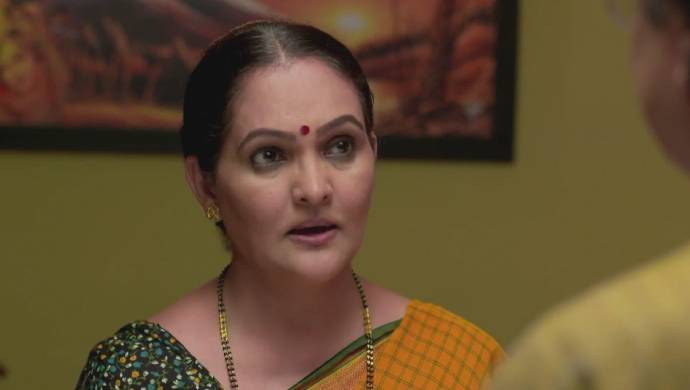 We all have been grieving Aalap and Jui’s breakup in Prem Poison Panga. Aalap tried to convince Jui to get back to him, however, she didn’t get persuaded knowing he is never going to accept her in her true form. Then, he hid this painful separation from his parents since he worries that they won’t like it. Just as predicted, Aalap’s mother got anxious after she understood that Aalap and Jui aren’t in a relationship. She had quite a bit to say to her son and Jui. Are you curious to know what it is? Have a look.

Aalap’s mother, just like any other mother, is strict and protective of her kids. She doesn’t like to see Aalap hurt which is why he didn’t want to tell her that he and Jui have broken up. When Aalap’s mother got to know about this, she told her husband that the generation today takes things for granted. She believes our relationships don’t last long as we don’t nourish it enough and treat it like a game. She decided to take things in her hand after Aalap has been unable to resolve the situation with Jui. We, to some extent, agree with Aalap’s mother. Today we are looking for temporary pleasure and don’t want to commit to something that is long-lasting.

As Aalap and Jui are struggling with their relationship, we are hoping that Aalap’s mother puts some sense into them. In this game of breaking up and patching up, their emotions go on a rollercoaster ride. We hope they understand this before losing each other permanently.

Vartul: 3 Things Vikram Deserves For The Crimes Committed By Him

Almost Sufal Sampoorna: The Actors Do This On The Sets Of The Show!